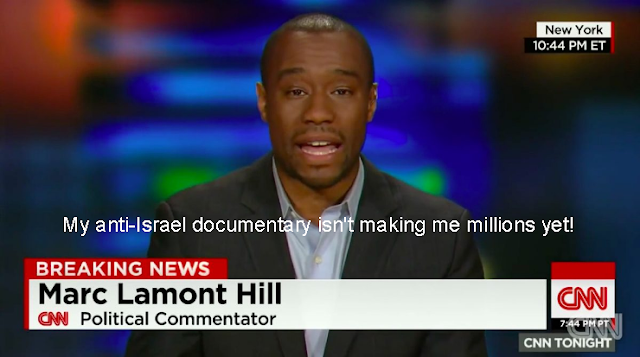 How can you satirize the absurdity of a leader of the Women’s March, a huge rock star, a documentary maker who used to be a commentator on CNN and a sportswriter for a national publication complaining that they are being “silenced” at a public event at a major university? 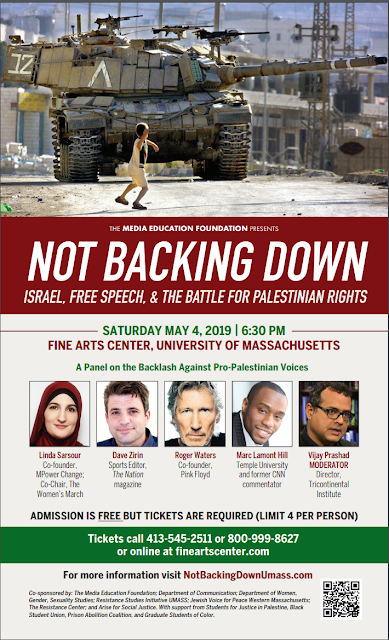 “Israel, Free Speech, and the Battle for Palestinian Human Rights” is the topic of an upcoming event at the University of Massachusetts Amherst that is already drawing its own controversy, including opposition from Anti-Defamation League, or ADL, whose mission is to fight anti-Semitism. The panel, titled “Not Backing Down,” is being put on by the Media Education Foundation and will feature prominent figures who have spoken out against the Israeli occupation of the West Bank and blockade of Gaza. Some of the speakers have been labeled as “anti-Semites.”

Among the speakers: Pink Floyd frontman Roger Waters, an outspoken advocate for Palestinian rights who supports a cultural boycott of Israel as part of the boycott, divestment and sanctions movement, or BDS; Palestinian-American political activist Linda Sarsour, the co-chair of the Women’s March who also supports BDS; Marc Lamont Hill, a professor and political commentator who CNN fired last year for remarks he gave at the United Nations in support of Palestinian rights and a boycott of Israel; and Dave Zirin, sports editor at The Nation magazine who has been a vocal critic of the Israeli government.

Sut Jhally, a UMass Amherst communications professor and executive director of the Media Education Foundation, is the organizer of the event. Jhally himself has faced backlash over his film “The Occupation of the American Mind,” which “explores how the Israeli government, the U.S. government, and the pro-Israel lobby have joined forces, often with very different motives, to shape American media coverage of the conflict in Israel’s favor,” according to the film’s website.

“We’re not really intimidated anymore by this selective outrage,” said Ananya Bhasin, who is part of the campus chapter of Students for Justice in Palestine. “This event really is about silencing, so, the more silencing we get, the more it solidifies why this event needs to take place.”

Zirin, who is Jewish, also takes issue with those who have said Sarsour and the other panelists traffic in anti-Semitism. That rhetoric, Zirin said, is an “old tactic that’s meant to silence debate and chill discussion.”

I’m sorry, but have any of these people been “silenced?” Have they been intimidated into not speaking their minds?

These “silenced” critics of Israel – who often traffic in antisemitism as well – somehow manage to get on the front pages of major media. Their tweets get retweeted thousands of times by their fans. 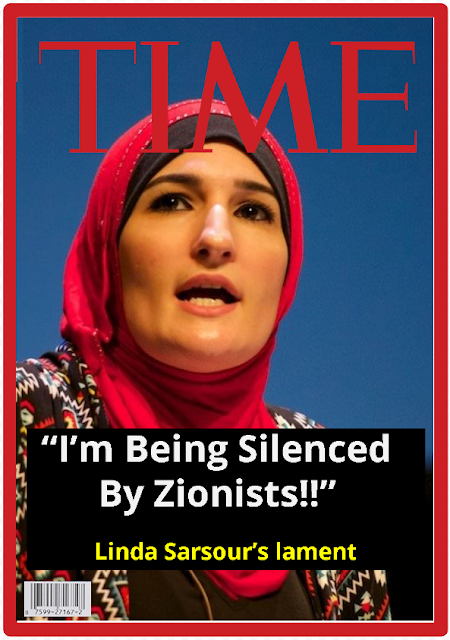 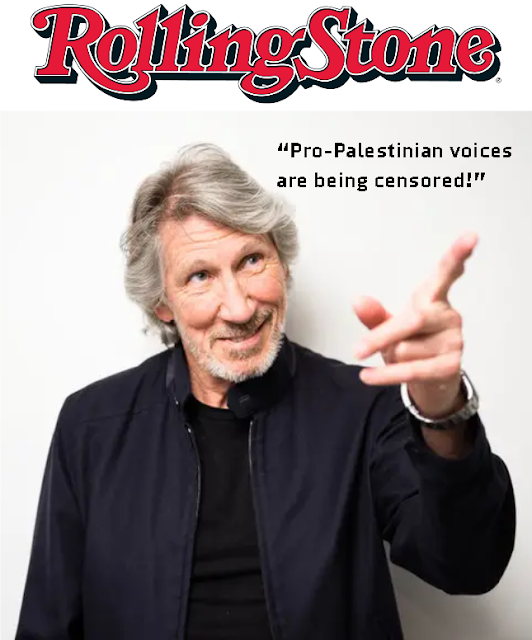 If anything, when people point out any antisemitism they traffic in, like Marc Lamont Hill’s accusation that Israeli Jews are poisoning Palestinians’ water, that doesn’t get mentioned in the major media in stories about Hill. He’s regarded as being merely a “pro-Palestinian activist.”

I also tweeted about the hypocrisy going on here:

Upcoming UMass conference with @lsarsour, @marclamonthill and @rogerwaters:: “We hate when those racist, colonialist, baby-killing, water poisoning, America controlling ‘Zionists’ try to silence us by calling us antisemitic.” pic.twitter.com/b7MCu6E957