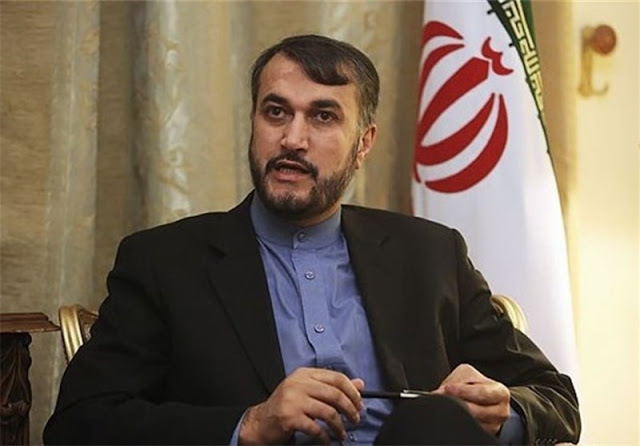 In the same meeting that I mentioned previously where the Palestinian ambassador to Iran claimed that “international Zionism” controls Donald Trump, the Iranian official he was meeting with said some pretty outlandish things himself.

“The Zionist regime tries to gain dominance over Syria after Daesh, but resistance forces and military advisers from the Islamic Republic of Iran will continue their presence alongside Syria to counter terrorism,” Hossein Amir-Abdollahian, the Iranian parliament speaker’s special adviser on international affairs, said.

Up until now Iran insisted that ISIS was a Zionist group. Now they are saying that Israel is trying to take over the vacuum left by the defeat of ISIS.

This is a neat example of psychological projection, as Iran is seeking to control Syria. It is now trying to justify its continued presence there in order to fight imaginary Zionist terrorists, just as its proxy Hezbollah justifies its stranglehold on Lebanon in order to defend against imaginary Israeli designs on that country.

Iran’s goal is to establish a contiguous Iranian and Shiite presence from Iran to the Mediterranean, and it continues to use Israel as the excuse for its attempt to take over the Arab Muslim world. It is even moving Shiite “settlers” into formerly Sunni towns in Syria, taking over houses of Sunni Arabs who had fled during the war.

For some reason, I’m not seeing any protests on college campuses against Iranian imperialism, colonialism and illegal settlements.