The Arab Liberation Army was set up by the Arab League in late 1947 specifically to fight the Jews in Palestine, before the British Mandate expired. It was staffed with volunteers.

Its first attack inside the boundaries of the Mandate was in January, 1948.

Given that its name was the Arab Liberation Army, one might think that the primary goal of the army was to set up an Arab state in liberated Palestine.

But its logo showed that the purpose was not to build a political entity – but to destroy one. 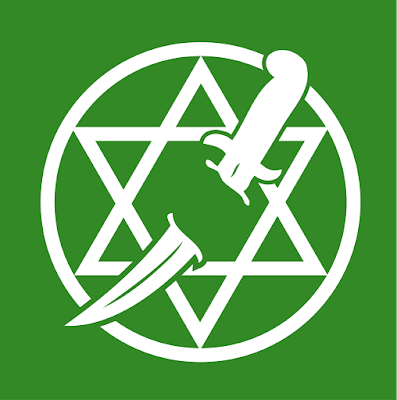 How much more obvious does it need to be?

Here is an armored vehicle used by the ALA that was captured by the Haganah, which has the logo: 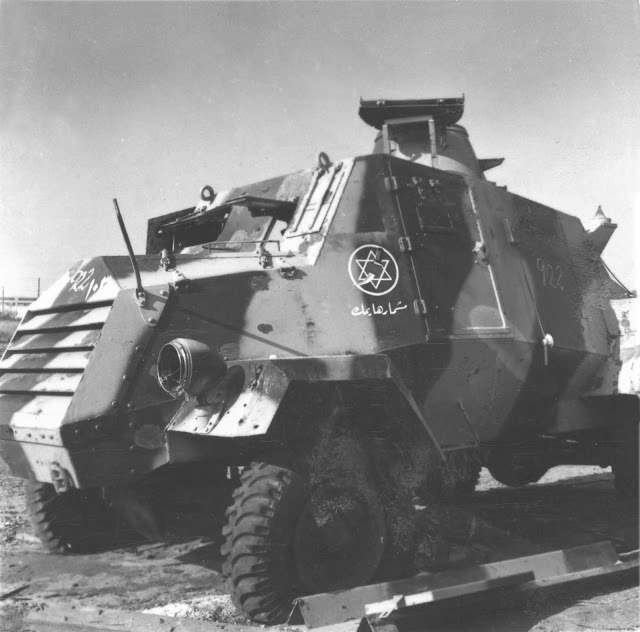 Remember, this is before the State of Israel and its flag. While Zionist did use the Star of David, this representation of the dagger through the Star cannot be interpreted as anything but pure antisemitism.

Since then, nothing has changed, but it is not politically correct to point that out.