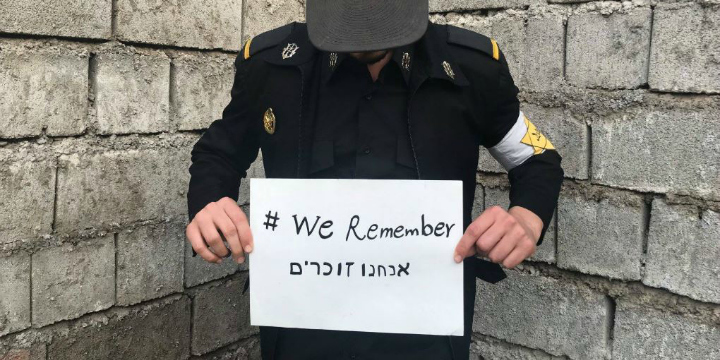 In an unexpected display of solidarity with the Jewish community, young Iranians have taken to social media to mark International Holocaust Remembrance Day. The Algemeiner reports:

Joining a popular global social media initiative, the young people photograph themselves holding signs with the hashtag #WeRemember in English and Hebrew. Some are also pictured wearing symbols of the Holocaust such as yellow stars and armbands. All of them hide their faces.

According to Israel’s Channel 2, the phenomenon first appeared last week when Sharona Avginsaz, director of digital media for the Israeli Foreign Ministry’s Farsi-language service, received a message from an Iranian who had urged his friends to take part in the #WeRemember campaign.

“January 27 is International Holocaust Remembrance Day,” the Iranian wrote. “People from all over the world take part in it, and also we Iranian citizens want to express our solidarity and friendship with Israel’s citizens and Jews all over the world, and share our pictures with this hashtag.”