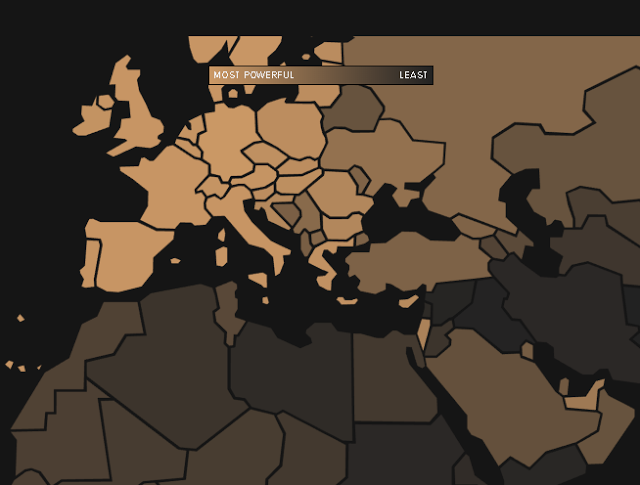 Passport Index ranks all national passports by a “Power Rank” of the number of countries a passport holder can enter without a visa.

This is a pretty good metric to determine which countries are isolated from the world and which ones are full members.

This year Singapore ranks first, with 159 countries that a Singapore passport holder can visit freely ,followed closely by Germany with 158.

Israel is ranked 50th out of 199 countries with a score of 137, which isn’t a stellar score but considering that most Muslim majority countries would not allow people with Israeli passports to enter altogether, it is a respectable score.

How does Israel compare with other countries in the Middle East and North Africa?

With the exception of the UAE, it isn’t even close: 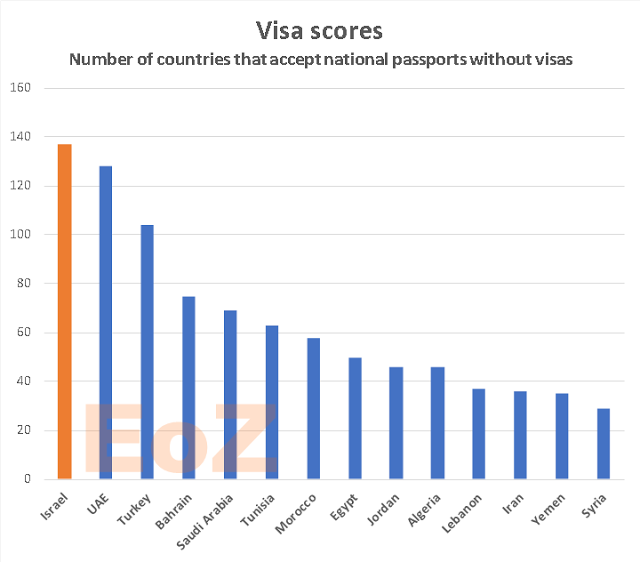 Israel is not isolated at all. It is more a part of the community of nations than every single one of its Muslim critics.

So for all the people who have dedicated their lives to telling the world that Israel is a pariah nation – you are once again proven to be liars.