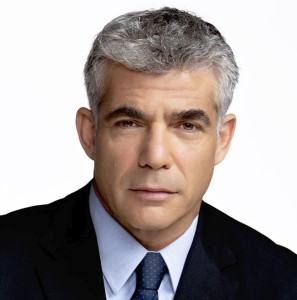 Tel Aviv, August 1 – A kingmaking faction in the Knesset whose parliamentary representation gets selected by it’s chairman’s fiat warned this week that last week’s passage of legislation affirming Israel as the nation-state of the Jewish People represents a threat to democracy.
Members of Yesh Atid, with its leader MK Yair Lapid, joined other Opposition figures in railing against the Nation-State Law, which among other provisions enshrines Hebrew as Israel’s official language and establishes the national anthem as the first stanza of a poem that invokes the millennia-old Jewish dream of returning to Zion and Jerusalem. The bill makes no change to voting rights or the political process and contains no discernible language abridging or compromising the rights of non-Jewish minorities in Israel, but Yesh Atid has joined Meretz, the Zionist Union, and Joint List of mostly Arab parties in condemning the law for rendering non-Jews “second-class citizens.” Yesh Atid, meanwhile, continues to conduct itself by the diktats of Mr. Lapid, a former television presenter and Minister of Finance under the previous Netanyahu government.
“We fear for Israeli democracy,” stated Lapid, who personally selected the eleven MKs now serving in the Knesset for Yesh Atid. “Only when all constituents enjoy an equal share in defining their way of life, their political aspirations, and their future can an entity call itself democratic. Israel has long prided itself on carrying the banner of democratic norms amid a sea of autocratic regimes in the region, but this new law tars us with the same brush as those who would disregard the constituency and impose the elite’s will instead.”
Lapid numbers among the few political figures who polling shows stands a chance to replace Prime Minister Binyamin Netanyahu in elections. Such elections will take place no earlier than next year, but the various parties already have their eyes on the prize, with Lapid and other party chiefs attempting to portray themselves as worthy of leading the government. The celebrity-turned-politician aims to convince a larger percentage of the electorate to select him as the next democratically-elected prime minister, given his experience leading his own undemocratic party.
“The people want confident leadership, not wishy-washy fear-mongering,” asserted Lapid. “This Nation-State Law shows exactly what’s wrong with the current government. If you’re going to write off a fifth of the country’s citizens, better it be done by a leader who writes off large segments of the population all the time and never has to taint that with even feigned concern for what constituents think in real time.”