Palestinians: Trump Not Serious About Alt-Right Till He Offers Them Lifetime Pensions For Killing Blacks 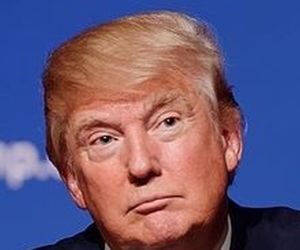 Charlottesville, August 30 – Officials in the Palestinian Authority and its various administrative organs have reacted dismissively to accusations that US President Donald Trump supports white supremacists, insisting that no such characterization could apply if the president does not offer financial incentives for the murder of African-Americans.

Palestinian envoys in Washington and officials in Ramallah refuse to accept the notion that Donald Trump endorses, or even condones, racial violence against blacks, as according to Palestinian sensibilities, true demonstration of encouragement for violence involves guaranteed a guaranteed lifetime pension for the perpetrator of such attacks, or for the family of any attacker killed in the attempt, explained Cultural Attaché to Washington Aiwil Qillem.

“We are reserving judgment, to say the least, on this irresponsible rhetoric,” intoned Qillem in a telephone interview. “Certainly we Palestinians know what legitimate support for a murderous supremacist ideology looks like, and Mr. Trump’s alleged sympathies for the White Nationalist movement appear to fall far short of what we know to be a minimal requirement to be called ‘support.’ You can call us back when he begins budgeting thousands of dollars per month for each killer of a black person or immigrant, with the number of victims compounding the payment accordingly.”

“These descriptions are not serious,” echoed Saeb Erekat in Ramallah. “Has President Trump vowed never to stop paying killers of African-Americans despite budget shortfalls or delinquent pledges? Has he characterized the murderers of blacks as embodying the national ethos? Has he ordered the education system to lionize them and raise an entire generation of like-minded thugs hell-bent on killing the inferior race? I think we can all agree there are certain standards of evidence to be met before anyone reasonable can agree to put Donald Trump and support for white supremacist violence in the same sentence. We are just not there, to put it mildly.” The look on Erekat’s face dripped with disappointment.

Palestinian experts did not dismiss outright the possibility that Trump might embrace such support for white supremacy, but do not foresee it in the short term. “He’s always trusted the private sector to handle things,” contended Maher Shalal-Hashbaz of Bir Zeit University’s political science department. “I can’t see federal funding for a white supremacist murderer pension program, not when the president’s conservative base wants to cut government spending.”

“But if he can get Mexico to pay for it, well, that changes things,” added Shalal-Hashbaz. “We should wait and see whether that happens.”