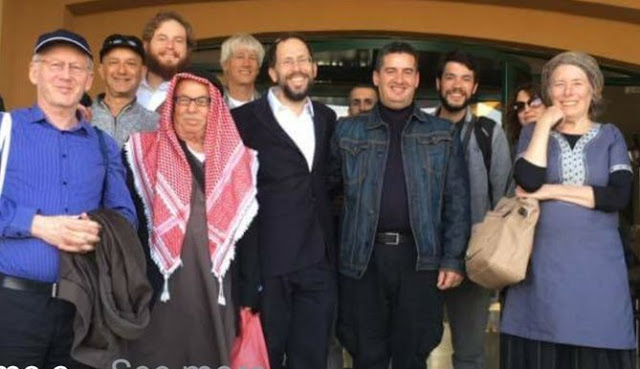 Students at Al Quds University managed to shut down a conference that was held in Jericho between Israeli Jews and Arabs because it was “normalization.”

The coexistence group is named something like “Union of the Heritage of Abraham.” I am not sure if this is The Abraham Fund.

One of the speakers was supposed to be Mohammed Dajani Daoudi, the Palestinian professor who was forced to quit after he brought some students on a trip to Auschwitz.

Police had to escort the Jews out for their safety.

In related news, the Palestinian Ministry of Education issued a statement telling all Palestinian schools not to engage in any way with any Israelis because of the “dangers of normalization.”

The idea that years of brainwashing kids into hating Israeli Jews could be undone by actually meeting some of them apparently scares them silly.

One would think that the liberal organizations who are directly affected by this systematic policy against peace by the Palestinian Authority would issue strong condemnations of the Arabs who are so allergic to Jews that they actively fight against any possible cooperation or peaceful coexistence.  Yet, somehow, these supposedly pro-peace organizations blame the Israeli side exclusively for the lack of peace, and they simply do not mention the official Palestinian policies against “normalization” that proves which side is actively working against peaceful coexistence.

Which makes one wonder exactly how interested these “peace” organizations are in real peace.