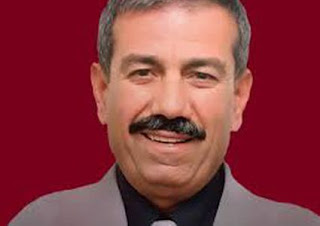 He writes in Ad Doustor that Palestinian violence pays. His example is interesting.

On Saturday, May 15, 2021, US President Joe Biden called Palestinian President Mahmoud Abbas, following the outbreak of the May 10 Ramadan Intifada, which Hamas called the “Sword of Jerusalem” intifada. The intifada, which spread to Palestinian Arab cities in the 48 areas, and the destructive Israeli bombing of the Gaza Strip, and the Palestinian bombing, however modest it seemed, of the 48 areas, pushed the Israelis to shelters and disrupted the economy.
President Biden’s call for the first time since he took power on January 20, 2021, with President Abbas, would not have taken place without the events of the May Ramadan uprising and its repercussions, in an atmosphere of sharp escalation between the Palestinians and Israelis. Biden literally told the Palestinian president over the phone: “The United States is making efforts with the concerned parties in order to achieve calm and reduce violence in the region.”
So the Palestinian presence in the confrontation is the impetus for the American action, including the visit of US Secretary of State Tony Blinken to the region in the wake of the May Intifada, and the meeting with the Palestinian President on May 22, 2021.

The lesson he learns is that no one pays attention to Palestinians unless they act violently. He mentions also that the Oslo Accords wouldn’t have happened without the first intifada and Israel wouldn’t have withdrawn from Gaza without the second intifada.
He isn’t completely wrong. The Palestinians associate all their gains with violence. It has worked for them since the 1970s, when their international terrorism got them to be invited to the UN.
Part of this association is false, though. Israeli concessions at Oslo were ties to Palestinian pledges to end violence and other promises. It doesn’t matter – the Palestinian media and “street” don’t look at Oslo as being positive, even though it gave them autonomy that they never had in their history.
How can this mental linkage be changed? It’s already built into Palestinian psychology that violence pays. Any Israeli offer to help Palestinians would be perceived as a reaction to some violent act, whether it is true or not. While Hamas and the PA understand in practical terms that they lose more from violence than from detente, that message does not get conveyed to the people who are told daily that violence is honorable.
Perhaps Israel should offer a schedule of moves that would help Palestinians – more work permits, less restrictions on travel, more imports and exports – that are tied to positive moves on their side like less official incitement. This should be communicated up front, and if the benchmarks are not met, then the concessions would be delayed.
The linkage in Palestinian minds between terror and political gains must be broken. It would not be easy but Israel needs to be more pro-active and less reactive – because being reactive itself solidifies the idea that only violence pays.