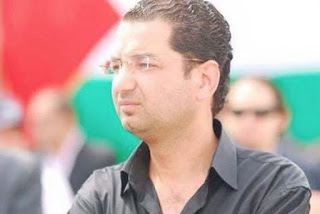 One thing about Palestinian leaders and fans – there is nothing that they won’t try to co-opt for their cause.

The latest example was the terror attack in Jordan that killed 10 on Sunday, including a Canadian tourist.

Fatah leader Raafat Alian pretended to condemn it – and then tried to make it all about Palestinians.

He said that “the Palestinian people are exposed to the same terrorism on a daily basis from the Israeli government, which kills our people and desecrates our holy places and burns our trees and confiscates our land and exercises the most heinous crimes against the unarmed Palestinian people, who are asking for freedom and self-determination.”

Gee, he sounds like he cares about Jordanian victims of terror so much, doesn’t he?