Nashat al-Aktash, a media professor at Birzeit University, appeared on Al Jazeera at the same time as an Israeli during a debate.

That was bad enough, because it was a virtual form of “normalization.” 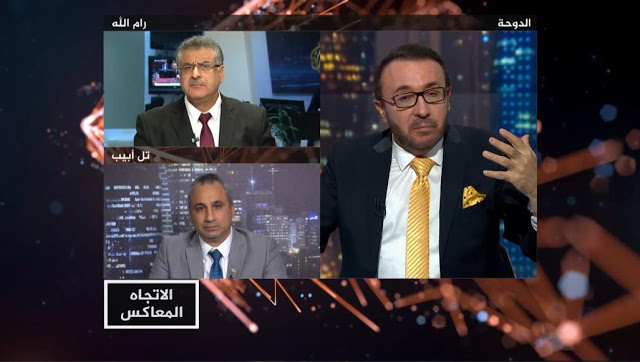 In response to something the Israeli said, Aktash accurately said that the PLO no longer represents all Palestinians, but only a minority of them, based on the voting in the last elections in 2006.

He doubled down on this in his Facebook page about the PLO not representing all Palestinians any more, although he said he was against normalization with Israel and expressed a measure of regret for appearing on TV at the same time with an Israeli.

This is a fairly minor criticism of the PLO. However, the Palestinian Ministry of Education and Higher Education freaked out.

The ministry issued a statement saying, “While the Palestinian Basic Law and the Law No. 6 on Higher Education of 2018 guarantees the freedom of expression and academic freedom in institutions of higher education; however, the ministry rejects with clear consistency the ongoing conspiracies to liquidate the PLO, especially by one of the employees of the academic institutions. These institutions are and will remain the most important to protect the Palestinian national memory, at a time when the occupation seeks with all its force to remove the recognition of the organization and its representation as a mountain of the blood of the martyrs and the suffering of the wounded and refugees. “

The statement went on to “affirm its rejection of the ideology based on defamation and abuse of the sacrifices of the Palestinian people and its honorable history….institutions of higher education  are still defenders of the rights of this people and its national constants.”

The Palestinian Ministry of Education is admitting that the purpose of their universities is not the pursuit of truth but the propagation of propaganda.

There is a pervasive knowledge among Palestinians that there are certain things that one never says in public, and the consequences of admitting basic truths can be severe. It is one of the facts that Western reporters and international NGOs cannot grasp – Palestinians are reluctant to tell the truth about how they really feel about their government or even what they themselves have witnessed, because what they say might be at odds with the official position of the PLO. This is why so many “eyewitnesses” will tell reporters that an Israeli bullet or bomb killed someone even when it is proven that the fatal shot came from their own side. Anything that contradicts the official narrative of the PLO is suppressed, and certainly nothing positive will ever be said about Israel.

The credulous Westerners then go and confidently report their stories based on interviews with people who are in fear of telling the truth.

This is a minor case, but the Ministry of Education – instead of defending one of its professors – instead decided to condemn him for saying something that is an obvious fact, because facts contradict the only “truth” that is allowed to be publicly spoken under Palestinian rule.