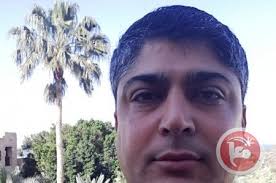 Ma’an publishes, with a straight face, an article by a self-described international law expert named Samir Dweikat describing exactly why Jews have no right to buy land in British Mandate Palestine under international law.

The “logic” is fairly bizarre, but the argument seems to go like this: After the Ottoman Empire dissolved, the Palestinian Arabs gained legal ownership of everything from the river to the sea (even though these boundaries were created by the British and French.)

The laws that governed the area of what became British Mandate Palestine were -Palestinian Arab laws!

And Palestinian law does not allow Jews to purchase land in Palestine!

“Palestinian law” which apparently governs international law says that Jews have no right to own “any inch of the land…from the river to the sea.” Anyone who sells land to a Jew is a traitor and the sale is invalid, and the Jew must return the land. Dweikat reiterates that Jews are not allowed to own even a grain of sand.

Ma’an actually thinks that this argument, made without a single reference to a single actual law, is weighty enough to publish.

Which tells you a lot about Palestinian media altogether.