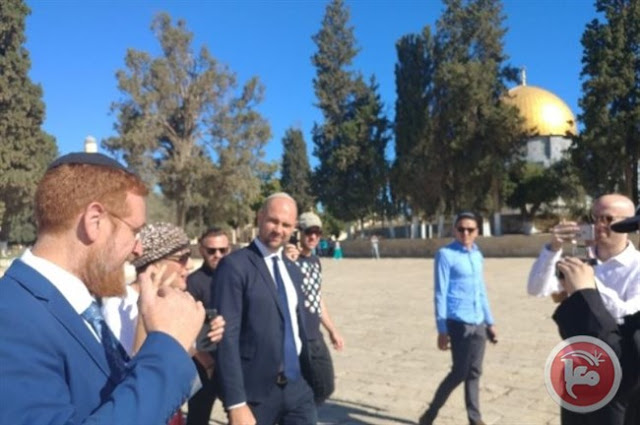 The Palestinian Ministry of Foreign Affairs condemned the decision in Israel to allow members of Knesset and all other Jews to visit the Temple Mount, Judaism’s holiest spot.

It issued a statement condemning visits from”Israeli officials including ministers, members of Knesset, military, security, ultra-Orthodox and extremist settlers” – pretty much anyone with a yarmulka.

This direct call to violate international law on freedom of practicing religion was accompanied by a call for the international community to enforce discrimination against Jews.

“The ministry warns of acceptance of daily intrusions of the Al-Aqsa Mosque and its courtyards as a  matter that has become familiar and normal and does not necessitate a halt to its serious repercussions. This requires the international community and the relevant UN organizations, especially UNESCO, to implement and implement its resolutions on Jerusalem and Al-Aqsa Mosque,” the statement said.

Because allowing Jews to peacefully stroll through the Temple Mount is utterly unacceptable, and banning them is “human rights.”

One would normally expect real human right organizations to issue statements denouncing the fact that a government recognized by so many nations is explicitly calling to ban people from visiting and worshiping at their holy place simply because they are Jewish. But today’s “human rights’ NGOs would instead agree with this twisted, perverted idea that the mere presence of a Jew is an infraction on Muslim human rights.