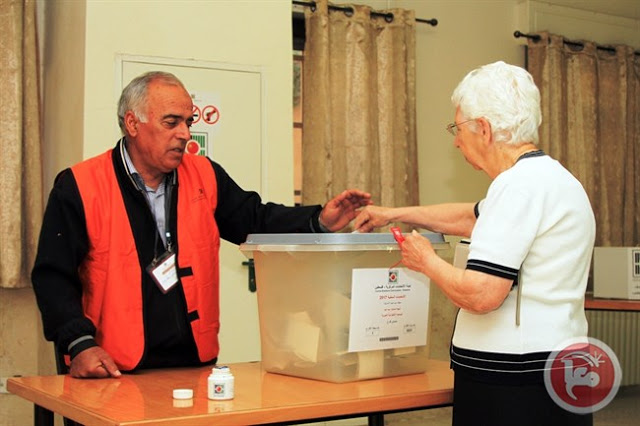 It appears that Palestinians who are still absurdly labeled as “refugees” are victims of apartheid  – by their own people.

All the documents I’m seeing about whether they can vote in municipal and national PA elections are contradictory. But no one is saying that they have full voting rights.

The camps in the Palestinian Territories have become symbols of territorial illegitimacy because of two processes, one from above and one from below. From above, the camps are invisible in the Oslo process. The new regime of control by Israel divides the Palestinian Territories into Areas A, B and C, while the PNA divides the land according to refugee and non-refugee areas. It excludes the refugee camps from any urban or infrastructural project. From below, the camps as heterotopic places, in the Foucauldian sense, disconnected from the social and urban tissues in their neighboring areas. To an extent this disconnection has happened gradually, and has been expedited by the local elections, which excluded the refugee camp dwellers from voting.


Refugees outside the camps are illegible to vote in national legislative council and municipal elections, but refugees in the camps only participate in the national election

It appears that some of the reason that the “refugees” can’t vote is because their (self-appointed)  camp leaders don’t want their people to vote, and claim that they are making that decision for their own good:


Official PA daily, Al-Hayat Al-Jadida, June 29, 2004
“The Supreme National Committee for the Protection of the Right of Return, announced yesterday that it opposes the participation of the refugee camps in the local elections that are expected to take place in the Palestinian territories. The committee justified its objection as protecting the unique status of the refugee camps in Gaza and the West Bank, considering them testimony to the crime that the occupation state made against our nation for 56 years. The committee warned of the dangers of integrating the refugee camps into the urban housing units.”

Forced Migration also says this was a decision of the camp leaders:


In the late 1990s when the PNA began to consider holding municipal elections Palestinian refugees decided that those living in camps would not participate in order to avoid the impression that the camps were no different from West Bank and Gaza Strip towns and villages i.e. that the refugees were settled and no longer required a durable solution.

The most recent article I found was from Ma’an last year:

Two things are clear: Palestinian “refugees” do not have full voting rights – and the hundreds of Western reporters and think-tanks who are so fast to warn about any potential erosion of Israeli democracy show zero interest in the fact that Palestinians treat their own so-called “refugees” with contempt.
No one is calling this “apartheid.”
But it is.
And even worse: the so-called “refugees” are kept in that status specifically as cannon fodder against Israel.