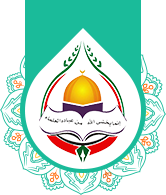 Here is a press release from the Palestine Scholars Association in the Diaspora, putting an Islamic imprimatur on murdering Jews:

A statement about the heroic operation carried out by the martyr Sheikh Fadi Abu Shkhaydam in Jerusalem
The Almighty said: {And do not think that those who were killed in the way of Allah are dead, but they are alive with their Lord, receiving sustenance} Al Imran 69:1
Praise be to God, Lord of the Worlds, and blessings and peace be upon our master Muhammad and his family and companions and those who followed them in goodness until the Day of Judgment; And yet:
The Association of Palestinian Scholars congratulates our Palestinian people and our Islamic nation on the heroic operation carried out by the martyr Sheikh Fadi Abu Shkhaydam on the doorstep of the blessed Al-Aqsa Mosque.
This heroic operation, which is considered a security penetration of the security fortresses of the Zionist enemy and an outperformance of its intelligence capabilities, to vex and abuse them in full view of the world.
The martyred preacher Sheikh Fadi Abu Shkhaydam has watered his influential words and sermons in the mosques of Jerusalem with his blood and led the ranks in redemption and sacrifice as a great model for working scholars, sacrificing preachers and mujahideen preachers.
The martyr Sheikh emphasized that the path to purify the blessed Al-Aqsa Mosque is paved with the souls of the faithful and paved with their blood.
Al-Quds and the blessed Al-Aqsa Mosque will remain the first Qibla for those who deny our sanctities and our dignity, for those who defend our homelands, and for those who expose Zionist falsehood and repudiate what is above.

The headquarters for this association is in Istanbul, Turkey.
It’s always interesting to note that the secular Israel haters (represented by the PFLP and its allies) and the religious Israel haters (like Hamas, Islamic Jihad and the Palestine Scholars Association) have nothing in common except their hate for Israel, but antisemitism make strange bedfellows.