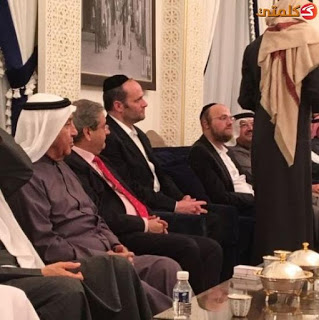 Arab media is buzzing about a visit to Bahrain by a delegation of 28 religious American Jewish businessmen.

The visit was to explore opportunities from a free trade agreement between the US and Bahrain.

The delegation also is visiting Dubai, Oman, Qatar and Kuwait.

A Bahraini businessman said that the delegation’s visit was an opportunity to introduce them to a tolerant kingdom, adding that “the visit opened the way for economic and trade opportunities.”

Solomon Eisenberg, a member of the Jewish delegation, said that there was a need for direct dialogue, away from governments and media, between people of different faiths and origins

The visit included the Jews and Muslims singing and dancing together (which did not sit well with some Arabs on Twitter.) 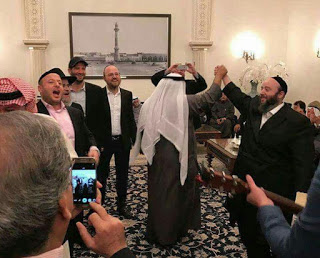 The Jews had a minyan: 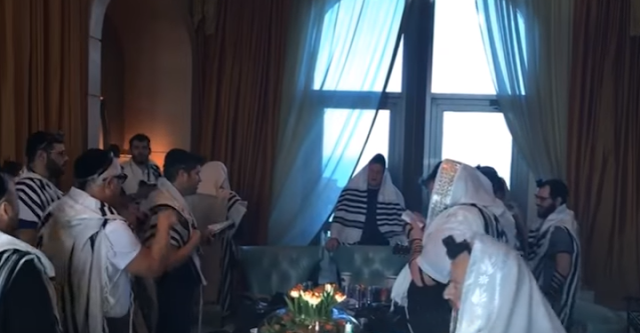 Here is a short talk by one of the businessmen at a meeting: