It is 150 years since the Crémieux decree, named after the French-Jewish politician and philanthropist Adolphe Crémieux, imposed French nationality on the Jews of Algeria in October 1870, giving them equal rights with the white settlers. The decree freed the Jews from their second class status as dhimmis under Islam but wrought a growing cultural and linguistic gulf with the Arabs. Less well-known, however, is that the Crémieux decree generated a fierce antisemitic backlash. Here is an extract from his book Les Dix Commandements, by Didier Nebot (with thanks: Leon):

In  their very long history, Jewish people have lived for more than two thousand years in Africa. They had been there since the time of the Phoenicians. Some came from  Cyrenaica, others from Judea or Spain.

While a number converted to Islam  when the Arabs arrived in the 7th century, others remained what they still are today, Jews.

They rubbed shoulders with the Berbers, they had moments of happiness, doubt or distress. They have bowed their heads to the dhimmi laws –  they endured humiliation and annoyance with dignity, but they never went under.

Then France arrived, granting them  in 1870 French nationality through the Crémieux decree. The Jews emerged from the state of submission they had been in for centuries, joining the civilization of nascent freedoms, the homeland of human rights.

Another decree was promulgated at the same time putting an end to the military administration in Algeria: It became French, was split into three departments and transferred to civilian rule. the European population rejoiced: the land they cultivated finally belonged to them! France now extended south, across the seas. A merry madness shook the country, but the Muslims did not participate in the celebrations.

Nothing was planned for them. Of course, Napoleon III had offered them French nationality in the senatus-consulte of 1865, but they would have had to accept French laws instead of Sharia. Very few Muslims dared to take the plunge. They were considered renegades by their co-religionists.

Shocked by this denial of their identity, the Muslims cried out in contempt: stripped of their property, they were nothing. They also found it difficult to accept France’s granting French nationality to Jews. It was an injustice to them, the Jews who had lived there as dhimmis for centuries, suddenly had more rights than the Arabs. It was crazy! The revolt was brewing and in 1871, the Kabyles rose up. They attacked cities and burned farms. In Palestro, they massacred thirty-one colonists. The Crémieux decree was not the trigger for this strong Muslim reaction, but it contributed to it. Their leader, Bachaga Mokrani said:

“I am willing to put myself under a sabre, even ifit chopped off my head, but under a Jew, never! Never ! “

The Jews themselves, rooted in the contempt they were generously accorded, did not know whether they should rejoice or fear new threats: The looks they met did not bode well. The many Spanish emigrants, who had inherited the same privileges, retained an ancestral contempt for this “cursed race” which had helped crucify Jesus.The French,  parading their obvious superiority,  did not rate this “cowardly, hypocritical and thieving” people. The  newspaper L’Antijuif, was sold in cafes, where people would vilify anyone but Europeans. 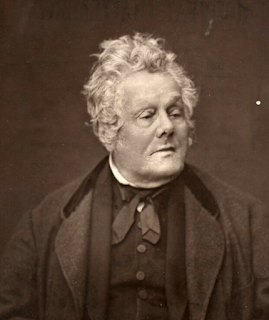 Adolphe Crémieux, architect of the decree giving equal rights to the Jews in Algeria

It was at the time of the Dreyfus affair that everything nearly changed. Zola’s “J’accuse” article in L’aurore ignited the fuse. There were violent anti-Semitic reactions, both from the Muslim and the Christian side. Led by Max Régis, the son of an Italian immigrant, the anti-Jewish forces in Algiers assembled, spreading horrible incitement against the Jews: “They are upstarts, they are bloodsuckers, they are ruining us,  they are liars. “

And what was to happen happened. On Saturday January 22, 1898, hatred led to attacks throughout the country against the Jews.

During the following days, the situation remained precarious. Although the protests had lessened, calm did not return. Extremists were everywhere, feelings ran  high.The newspaper L’Antijuif used words of unprecedented  violence: “We will water the tree of our freedom with their blood […] This rot must be eliminated so that our homeland can be glorified. “Only the Jews could be guilty of the  difficulties faced  in developing the country, bad blood with the natives, the agricultural slump, the failure to establish a real democracy here , In the cafes discussions were lively and  brawls frequent. A few  ‘fanatics’  dared to defend the ‘ parasites’, in the name of  sacrosanct democracy.

Unfortunately, matters got out of hand and extremists took control of Algiers. Max Régis, their leader, was elected mayor. Their only objective was to repeal the Crémieux decree which had allowed the Israelites to become French  – and  to  expel them from Algeria.

After deliverance and the unheard-of hope of emancipation, should the Jews bow their heads again? Business went bad – few Europeans entered Jewish shops. Life became difficult. So the “cursed race” as it was called tried to adapt, as discreetly as possible, while waiting for God to remember His people.

Four years passed. The Jews submitted  without admitting defeat. The racists were grumbling, threatening Paris with secession if the Crémieux decree was not repealed, but their  voices were lost in the immensity of the waves separating the two continents. Their sterile discussions, their clan struggles, the persistent economic slump deprived them of all credibility, so much so that in the elections of 1902 the Republican candidates won over the nationalists. It was the triumph of common sense; Algerian anti-Semitism had failed.

Joy exploded in the Jewish community. Business was given a kick start. Despite an inhospitable climate, the Jews continued their march towards modernity. They  benefited  fully from the laws of the Republic and their social and cultural level rose rapidly. The rapprochement with France, which had passed a law separating Church and State , emphasised  the distance from traditional worship practices. Thus the younger generations, particularly in the big cities, received an increasingly basic religious education. We no longer said bar mitzvah but communion, we often  used  the word Temple instead of synagogue.