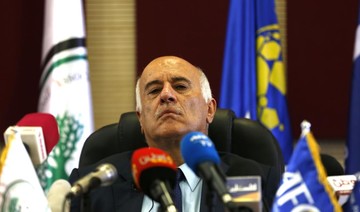 Hamas and Fatah plan to meet in Turkey to discuss  – yet again – a unity agreement and having elections, according to reports.
The Secretary  of the Central Committee of Fatah, Jibril Rajoub, confirmed that there is a desire to hold general elections soon.
The meeting between Rajoub, representing Fatah, and leaders of Hamas, would be aimed at discussing “joint leadership.”
The last major joint meeting was held on September 3 in Beirut.
Rajoub did some remarkable spinning in statements to Palestine TV. Instead of admitting that the Palestinian cause is no longer of interest to much of the Arab world and that the Palestinian leadership can no longer set the agenda for the Arab world at large, he said that for the first time in its history the decisions of the Palestinian Authority have become independent and far from any regional influence or pressure, .
Rajoub claims that legislative elections will be held first, then the presidential elections, and after that the Palestinian National Council (the parliament of the Liberation Organization) will be formed according to agreed mechanisms, without indicating specific dates.
There have been plans for “unity” and elections for over a decade now, and they never pan out.
Palestinian legislative elections were last held in 2006, while the last presidential elections were held in 2005.