In a recent article (HT: CRP), Rebecca Traister argued that rather than focus on Islam or Jihad

are truly looking to stem terrorism and mass violence of the sort that happened in Nice, they might do better to look to a different kind of litmus test: domestic violence and grievances against women.

The basic argument runs: all these mass murderers, Muslims and not, share a common pattern of abusing women, and in that matrix one will find the motivations for their deeds, and possibly the solutions for stopping them. The take-home message:

But that doesn’t make any religion — whether it’s Mohamed Lahouaiej Bouhlel’s Islam or Robert Lewis Dear’s evangelical Christianity — the defining factor in mass shootings. Perhaps these disturbed men — and 98 percent of mass killers are men — are drawn to the patriarchal traditions upheld by some religions to make sense of or justify their anger and resentment toward women. But we might do better to examine the patterns of violence toward women themselves.

On one level, this argument is a transparent (indeed signaled at the beginning as an) attempt to take the attention away from Islam and hence foil Islamophobic rantings of right-wingers like Gingrich. On another, it’s a retooling of a familiar politically correct “feminist” argument that insists that honor-killings are merely part of a continuum with other domestic violence in which we Westerners, “we too,” are ‘just as” guilty as the cultures (largely Muslim) that practice honor-killings. Not surprisingly, some scholars think this is apologetics, and see a particular, indeed unique pattern of cultural depravity at work. How appallingly judgmental of them.

Rather than dismiss these remarks, however, I’d like to turn them from the piecemeal of individuals and statistics, and look at cultural issues. Let’s grant, for the moment, Traister’s argument that men who abuse women are more likely to a) be steeped in a testosteronic, alpha male mindset, b) find ISIS an attractive option because of its savage patriarchal attitudes, and c) in some (hopefully rare cases) engage in more rampant violence like mass murder.

Let’s then add to the mix, two further issues:

It was with these thoughts about Traister’s article that I saw the following video of two Israeli policemen confiscating the terribly abused, pregnant donkey of an 11-year old Palestinian boy.

First, some general reflections (based on remarks by Corey Gil-Schuster, relayed and amplified by Aussie Dave at IsraellyCool: 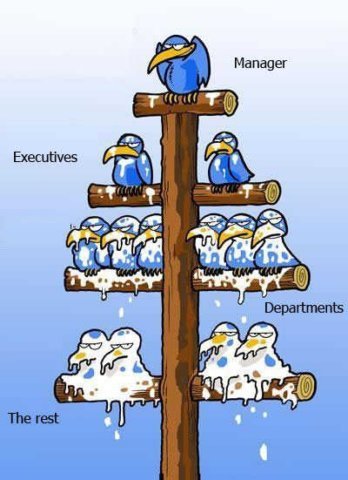 This graphic, created to mock the corporate world, is all the more intense when it’s part of a culture in which alpha males have the right to kill their own family members in order to preserve/restore their honor. Our little eleven year old boy is way down on the pole. He only has his donkey (and younger kids) to abuse.

When I shared this video on Facebook, someone noted how it ironically (or appropriately) coincided with the parsha of the week [section of the Five Books of Moses that is read in Synagogue on the Sabbath], namely the story of Balaam’s talking she donkey. NB: this is also a she-ass, who happens to be pregnant.

The key moment in the tale of Balaam and his she-ass comes when, for the third time, she balks and refuses to advance, humiliating Balaam in front of the great men of the court of King Balak of Midian who have come to bring him to the king so he can curse the Children of Israel.

Balaam starts to beat her with his stick furiously, when she opens her mouth and says,

What have I done to you, that you have smitten me these three times? (Numbers, 22:28ff)

Because you have mocked me; I would there were a sword in my hand, for now I would have killed you.

Note here the key word, “mocked.” Balaam is furious not just because his donkey has caused him embarrassment, but because he believes she did it on purpose, she “mocked” him, deliberately. And the core of the fury is related to the mocking presence of important people before whom Balaam feels like a fool.

And in his fury, were he able to, he would kill her. Now talking donkeys aside, how extraordinary of him to project onto his she-ass the purposeful desire to humiliate him. And yet, it is the key to his rage: people take revenge on someone for intentionally having hurt them. In its own bizarre way, were Balaam to have killed her, it would have been a kind of honor-killing (or, I prefer to call them, shame-murder): to save/restore his honor, he kills a weaker person (female) who has brought down shame upon him.

Am not I your ass, upon which you have ridden all your life long unto this day? was I ever wont to do so unto you?

This is the key moment. In her own modest way, the she-ass has rebuked Balaam and challenged his “narrative” whereby she has intentionally mocked him and therefore deserves every abuse he has in store for her. He can either persist in his narrative, or accept rebuke from a she-ass. He says, “no,” effectively admitting she is right. At that point, everything changes.

Then the LORD opened the eyes of Balaam, and he saw the angel of the LORD standing in the way, with his sword drawn in his hand; and he bowed his head, and fell on his face. And the angel of the LORD said unto him: ‘Why have you smitten your ass these three times? behold, I am come forth for an adversary, because your way is contrary unto me; and the ass saw me, and turned aside before me these three times; unless she had turned aside from me, surely now I would have slain you, and saved her alive.’

Turns out, the she-ass’ balking was not part of a master plan to mock him in front of the courtiers, but trying to save him from an angel with an outstretched sword ready to kill him. And only when he accepted her rebuke were his eyes opened to the reality.

Now readers are welcome to interpret this story as they will: did a she-ass really speak? are there angels who might kill us? does a supreme being intervene like this in history? Whatever way you answer those questions, the meaning of the narrative remains the same: murderous rage is the product of projecting intent to harm onto the “other,” and only when we rein in that lethal imagination, can we learn to control our anger and refrain from violence.

Let’s return from this digression to the issue at hand. Looking at this boy with his stick trying to make it past the policeman so he can beat his severely abused she-donkey and prove what a man he is, we are observing a drama born of a culture so deeply enmeshed in abuse, from top to bottom, that one need not even project hostile intent on others in order to abuse them, one need only be stronger and able to get away with it.

A Palestinian friend recently told me that over the last five years there’s been a notable increase in shame-murders in Gaza. According to one calculation (always unreliable in these matters), there are three times as many shame-murders per capita in Gaza as in Afghanistan. The standard approach is to blame it on the “Occupation,” as does Jodi “Hamas intimidation is nonsense” Rudoren, in the only NYT piece to even discuss shame murders. While not openly blaming Israel, she manages to implicate the Occupation as the primary source of the trouble.

Others are more explicit:

…Palestinian Minister of Women’s Affairs Rabiha Diab saved much of her blame for violence toward women for Israel: “The Israeli occupation is the one practising the utmost violence … it’s the main thing keeping us from advancing.”

Nor is this merely Palestinian officials doing what they’re so good at – pointing the finger and taking no responsibility. EU-based NGOs and The Lancet do the same. It’s all part of the Western compliance with Palestinian demands that a) they not be held accountable for their deeds, and b) Israel be blamed. So while regions melt down in a vortex of violence and hatred throughout the Arab world, the news media and the policy folk in the West continue to look in all the wrong places.

Let us return to the Traister article with which we began this essay. Let’s grant that a) an abused person is much more likely to become an abuser; and b) an abuser, especially of women, is more likely to become a mass murderer. In that case, cultures in which abuse is endemic, violence against women considered a legitimate form of honor-seeking/shame-avoiding, and a religious teaching glorifies the mass murder of people who do not share the religions’ beliefs and teachings, has by far the highest profile for producing terrorists. Need I connect the dots?

Look again at the patience of the Israeli police in dealing with the boy. Any culture capable of producing police, who treat their enemy’s children better than their enemies treat their own children, is not the source of the terrorist cyclone of violence that engulfs Iraq and Syria and Somalia and Nigeria and Afghanistan and Pakistan and Sudan and Libya and Gaza and, periodically, Lebanon and where next?

But don’t tell that to the suicidal EU, who, even as their heads spin trying to understand the violence that increasingly engulfs them, continue to blame Israel for Palestinian terror and tell themselves that a) it has nothing to do with the terror they experience, and b) supporting the Palestinians is not supporting the Jihadis. And yet, whether you look at psychology and culture of abuse as does Traister, or Jihadi ideology (as do the “Islamophobes”) to explain the wave of terrorism now metastasizing around the world, the finger points straight at the Muslim world.

It takes a special kind of own-goal fool to persist in blaming Israel.

Or maybe it’s not folly, but cowardice and proleptic dhimmitude.

Whatever it is, time to wake up.