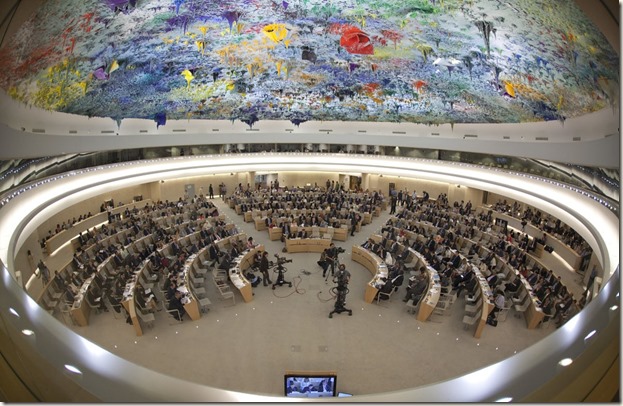 The countries that voted for China’s “national security law” that imposes harsh penalties for Hong Kong residents protesting against China include every Arab country  in the UN Human Rights Council.

Ken Roth of Human Rights Watch mentioned the Arab countries that are HRW’s usual targets, but of course didn’t include “Palestine”in his list of “dictators and thugs.”

I see no outcry in Arabic media about voting against freedom, even in the relatively liberal Lebanese media.

One takeaway is obvious: The UN, even its purported “human rights” arm, is not a moral arbiter of anything. Nations vote according to their own self-interests and not for any reasons that are remotely related to human rights.

But the other lesson is that even “human rights” groups are loathe to criticize the UN Human Rights Council because it usually aligns with their anti-US, anti-Israel mindset and if they publicly criticize it then they cannot point to its many anti-Israel resolutions as proof of Israel’s supposed immorality, which they love to do as Ken Roth himself did over the past couple of weeks.

Now that the UN rights chief has issued the database of companies doing business with Israel’s illegal settlements, it’s important that she keep it updated. That’s the only way it will serve as a spur to companies to meet their human rights obligations. https://t.co/eC1VJ5bLnb pic.twitter.com/7AokYVJsal

The United Nations Human Rights Council, which if you listen to Trump only criticizes Israel, just condemned Iran (yet again) by a vote of 22 for, 8 against, and 15 abstaining. pic.twitter.com/7dzv2IM6oo