Abd al-Salam Abu Nadi was a Hamas terrorist who died a few days ago – of a heart attack.

But Hamas had some footage of him training and they didn’t want to waste it, so they made it into a boring 12-minute video dedicated to him.

But even in this video, Hamas proves how immoral it is.

In one scene, Abu Nadi is shown practicing shooting – into a “souk,” as the sign conveniently says, which is by any definition a civilian area. 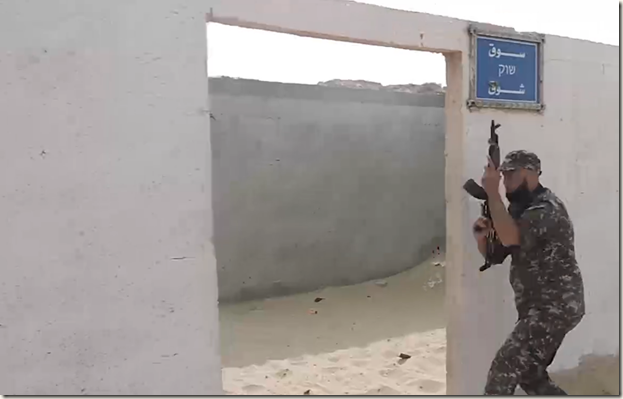 Here’s the first ten minutes if you want to see more.