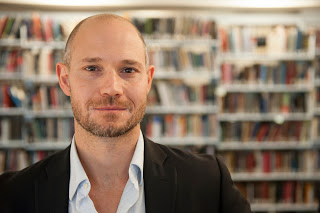 Omri Boehm, a philosopher who we have written about before, once again uses the New York Times to advance an anti-Israel argument which would receive a failing grade from any real philosophy class.

Prime Minister Benjamin Netanyahu claims that the new legislation simply “determined in law the founding principle of our existence.” In fact, its primary function is to build a formal foundation for Israel’s annexation of the West Bank — and for a Jewish state eventually to stretch over the whole of Palestine.

This is an assertion for which sham philosopher Boehm brings no proof. The words of the Basic Law may make such an annexation easier – but one can argue the opposite as well, since such an annexation would cause severe problems to Israel’s existence as a Jewish state. In other words, Boehm is resorting to proof by assertion, a logical fallacy that a real philosopher would never do. After all, even the most right wing portion of the Likud coalition is not contemplating annexing the entire West Bank. Boehm simply made this up.

Beyond that, Boehm contradicts himself. He also writes:

In May 1948, there were about 600,000 Jews and some 1.2 million Arabs living within Palestine’s borders. With Jews in the minority, the Jewishness of a democratic Israel could only be ensured if Palestinians had a chance at self-determination. In other words, Israel’s foundational twin pledge (to be both Jewish and democratic) was hypocritical: Arabs would be equal (in rights) so long as Jews were superior (in numbers).

He is saying that the only reason that Israel allowed for the possibility of an Arab state in 1948 was demography – because if not, then the Jews would be in the minority and therefore could not rule democratically. He does not say that the Basic Law contradicts the Declaration of Independence, but now he says that Israel is getting ready to annex the territories – which would put Israel’s Jewish majority at risk, just as in 1948. But for some reason, the democracy that he implicitly agrees existed in 1948 and treats cynically for being democratic is now being considered a non-democracy and an excuse for a minority to rule a majority (or a huge minority) by denying the rights of the Arabs. The position is inconsistent – Israel cared to be a Jewish state in 1948 it is because it wanted to exclude the large numbers of Arabs, but now somehow Israel is willing to do the opposite? Boehm doesn’t claim that the new law has anything really new (“The new law only exposes an old dirty truth, an unspoken quid pro quo dating back to the creation of modern Israel.”)  Israel was a democracy then, it is a democracy now, and the same issues arise, yet Boehm claims that Israel now wants to act in the opposite way to solve the same problem.

But the biggest issue with Boehm’s essay, and many other that have been written since the Basic Law passed, is this:


It implies that Israel’s Jewish identity trumps its democratic character.

Yet for some reason Boehm and others seem to feel that the tension between the idea of a Jewish state and a democratic state are fatal – only one can exist at once. This is nonsense.

No one even bothers to define a “Jewish state” for the purpose of this argument. The state is not being run according to Jewish law, and Judaism is not the official religion of Israel. For a philosopher to claim that a state’s Jewish identity trumps its democratic character, he would have to define exactly what he means – but Boehm doesn’t. So we cannot really know why he thinks that it is one or the other, why the two concepts of democracy and a “Jewish state” cannot coexist, even with tension.

And the examples he gives of Israel favoring its Jewish character over its democratic character are anecdotal, meant to prove his point from a logical perspective they fail miserably – another reason for an F on this essay. Because that the current Israeli government has done more for the Arab sector than any other more “liberal” Israeli governments have, which directly contradicts the entire thesis of the government passing the law in order to oppress Arabs.

In the end, the people who pretend that the Basic Law is anti-democratic are the ones who, like Boehm, are against the very idea of a Jewish state or Zionism altogether to begin with. The law is a convenient hook to hang their hate hat, but by implying that Israel can only be democratic or Jewish, and not both, is just another way to say that a Jewish state should not exist, and that Jews have no right to self-determination in any borders.

Which is in fact an antisemitic position to take.

For all these reasons, a real philosophy professor would fail Boehm’s polemic against Israel as being counterfactual, illogical and inconsistent.