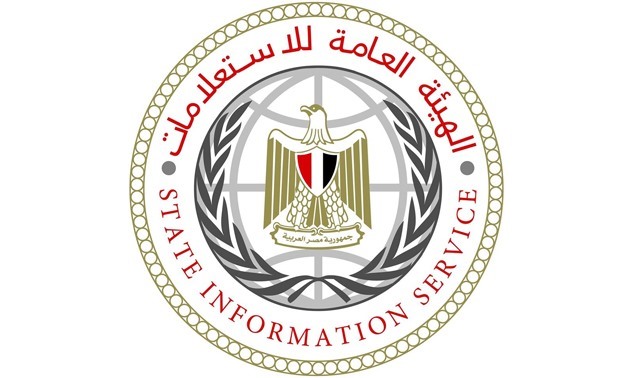 Besides Syria denying any cases of the coronavirus, Egypt is threatening anyone who says that the virus is more prevalent than its own official numbers.

Egypt has withdrawn the licence of a correspondent for the Guardian newspaper after a report suggested that cases of coronavirus in the country are likely much higher than official statistics.

According to an official statement by the State Information Service (SIS), an agency linked to the Egyptian presidency, the government has also issued a warning to the New York Times’s Cairo bureau chief Declan Walsh over tweets citing research by Canadian disease specialists estimating the actual number of COVID-19 cases in Egypt to be closer to 20,000.

The health ministry has so far reported 166 cases and four deaths from the novel virus, which has killed over 7,500 people globally.

But infectious disease specialists at the University of Toronto believe the number of infections in Egypt is likely to be much higher than the official figures.

On Tuesday, the SIS said it had cancelled the licence of the “Guardian correspondent”, without naming her, over “repeated and deliberate offensive behaviour”, and accused the NYT correspondent of “professional violations”.
It also demanded that the Guardian newspaper publish an apology for the article, which it described as “full of professional mistakes”.
If the newspaper does not issue an apology, the SIS said it will withdraw the newspaper’s permit to operate in the country.

Egyptian state media is trying hard to put the genie back in the bottle:


SIS emphasized that the reporters’ hastily published wrong info with only one obscure source that is not recognized by any prestigious entity and without getting back to the concerned parties, especially the Egyptian Health Ministry and the WHO bureau in Cairo. The service considered these actions as proof of their “ill intentions” towards Egyptian interests and the perception of conditions in the country. 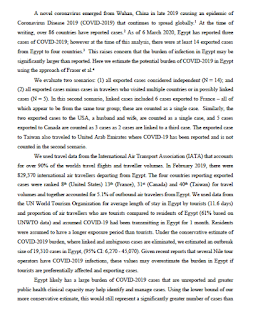 The paper extrapolates from the number of Egyptians who were found to have the virus after traveling from Egypt and estimates from there that things are far worse within Egypt than is being reported. One of the authors say that it is more likely that there are 6000 cases rather than 20,000.
The paper has been accepted to be published by the Lancet Infectious Diseases Journal.
There is a big difference between publishing false information that can mislead people into panic – which in times of emergency can arguably be prohibited – and publishing information that a government does not want the public to see, especially in autocratic regimes that want to control all information.
This study that Egypt wants censored is based on real statistics and is important for the world to know.
Both the Egyptian and Syrian stories show that for many Arabs, “honor” is still more important than human lives. They are afraid that if the truth comes out it will reflect badly on their nations, and innocent people are caught in the culture of honorable lies versus shameful truths.