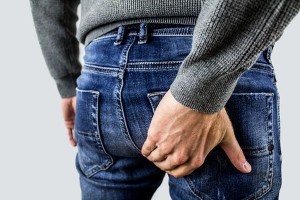 Tehran, February 13 – It maintains a conservative, prim exterior, but this Islamic country harbors an intense desire to have a physician’s fingers inserted up its backside, now that it has reached the recommended age after which to undergo such a procedure every year.
The Islamic Republic of Iran this week celebrated four decades since the revolution that created it, with the festivities including the requisite braggadocio and threats. Privately, however, close acquaintances of the regime report that it most relishes the prospect of having the inside of its rectum massaged on a regular basis, in keeping with medical sensibilities to foster early detection of one of the most common types of cancer.
“Between you and me, it’s not the triumph of lasting this long and extending influence throughout the region,” revealed neighbor Iraq. “That’s gotta be gratifying, of course, but when no one else is around, Iran is most looking forward to a little digital anal penetration. That’s not going to be the public line, obviously, what with the homosexual connotations of all that. But Iran is just like the rest of us, and we all have our little quirks and kinks.”
Iran’s physician confirmed the country had already made a prostate exam appointment three years in advance. “It’s quite the responsible approach,” he remarked. “At the annual checkup Iran has asked numerous times what the procedure entails, and never hesitates to delve into every detail. I seldom encounter patients with such intense interest in what most consider an awkward, uncomfortable feature of aging. Quite the breath of fresh air.”
In the months leading up to the Islamic regime’s fortieth birthday, Iran approached numerous older countries with discreet questions about their experiences with the prostate exam. “It was a little weird,” admitted North Korea. “Personally, I’m inclined to avoid letting anyone get too close, so I haven’t bothered with it in years. But Iran kept asking. I actually went as far as to use the word ‘freak’ when the subject came up again in our last conversation. Here I was trying to focus on arms cooperation, nuclear development, and undermining the West, and all I get is anal this and prostate that. Gave me the willies.”
“Yeah, Iran asked me about that,” disclosed Pakistan with a roll of the eyes. “Repeatedly. I will say no more.”
Canada observed that it had suggested Iran avail itself of Israeli technology that has made the procedure less invasive and shorter, but the regime demurred, stammering something about not using “Zionist” things, yeah, that’s why.