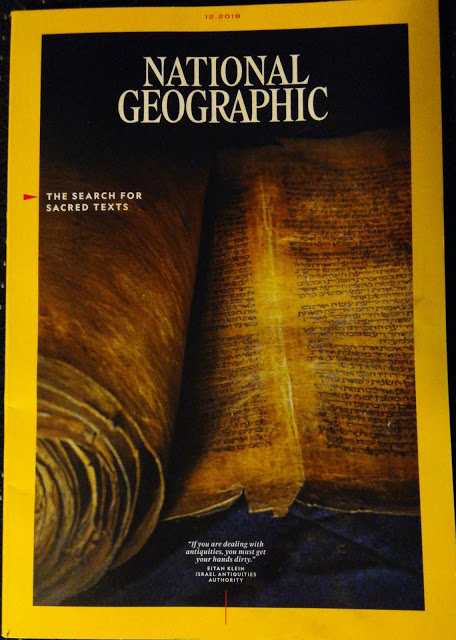 Words matter, and when lies get embedded into everyday descriptions of the Middle East as fact it is enormously difficult to set the record straight.

National Geographic has a nice article (not yet online) about the race to find and preserve Biblical archaeological texts, many of which can be found in Israel and areas controlled by Israel. But one parenthetical statement makes one wonder who does fact checking for the esteemed magazine.

“In 1993, after signing the Oslo Accords – which provided a framework for returning disputed territories to Palestinian control – the Israeli government launched Operation Scroll, an urgent survey of all the archaeological sites the country potentially stood to lose.”

They were under control of Jordanians, British, Ottomans, Crusaders, Fatimids, Umayyads, Byzantines and others – but never the Arabs who moved into the area many centuries after the Jewish kingdoms fell.

Too many people think it is axiomatic that a people called the Palestinians have been indigenous to the region and deserve to control “their” land. However, the Palestinian Arab people are an invention of the 20th century. There were Arabs in the land called Palestine but they were not a people by any definition of the term; no one identified them as such and they didn’t identify themselves as such.

Many get very upset when this is pointed out but mollifying those who implicitly threaten violence when they don’t get their way does no service to the truth.