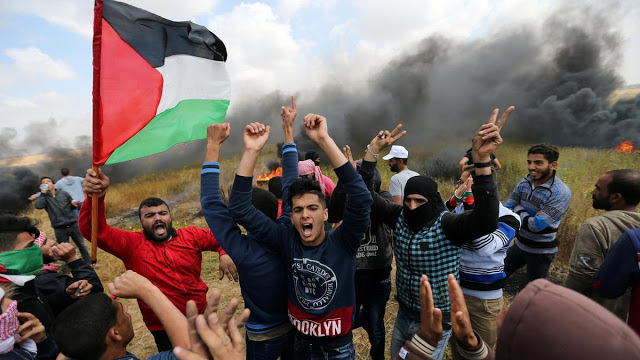 Ma’an reports that the Hamas-linked committee in charge of the weekly riots at the Gaza border has announced that Iran plans to pay the families of anyone killed in the riots.

In addition, Iran says it will pay those injured, and also provide medical attention for them.

“Iran’s adoption of the martyrs of the return and wounded marchers is an important step in supporting the steadfastness of the people and supporting the resistance in this way and in other ways,” said Hussein Mansour, a member of the Coordinating Committee for the March of Return and Breaking the Siege.

Generally, Iran’s financial support for Gaza has been through Islamic Jihad “charities.” It has had an on-again, off-again relationship with Hamas which doesn’t want to upset other Arabs by openly associating with Iran. By using this committee as a front, Hamas can enjoy the benefits of Iranian assistance without accepting funding directly.

Mansour said that the payments would be made without regard to political parties and organizations that the recipients belong to.