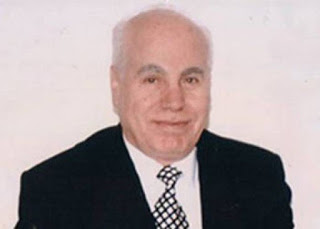 Palestinian Arabic histories online continue to create fantastic new facts about a people who never existed before the last century.

This article in Al Watan by Ali Oqla Arsan about the history of Jerusalem says that Arabs were in the area from the fourth millennium BC, something that historians would be interested in knowing.

For the purposes of the article, though, everyone in the area had to be Arab because then, if they were between the Mediterranean and the Jordan they could be considered “Palestinians.”

As a result, the Jebusites who controlled Jerusalem – who we only know about from the Jewish scriptures – are Palestinians.

In his fantasy retelling of history, the writer says that the native Arabs resisted the invasion of the Jews. Even David wasn’t able to wrest control of Jerusalem from the Arabs. During the days of David and Solomon, Jews only had a kind of limited autonomy that was graciously granted by the Arabs of the area.

My favorite part is this:

The Arab Canaanites who gave the world the alphabet from 1400 to 1200 BC – as the Phoenicians are part of the Canaanites – remained the people of civilization, the people of the lands, and the people of sovereignty in most of the cities of the Levant in the time of that city-state. Their struggle with the Jews continued after they entered the Levant, and the invaders were not able to extend their control over the region nor to provide it with a special cultural presence – just as they could not form a prominent presence in it even at the military level except in the time of David And Solomon (1000-923 BC).

In this “history” the Jews contributed nothing to civilization and the “Palestinians” introduced the world to everything.
Not only that, but history is viewed from the distorted lens of how Arabs see the world today. Therefore, when Cyrus allowed the Jews to return to Israel, he was being lobbied by Babylonian Jews who were his advisors – just like AIPAC does today!

I’ve seen previous articles that claim Palestinians invented chariots – because of the Hittites.

Ali Oqla Arsan is from Syria.