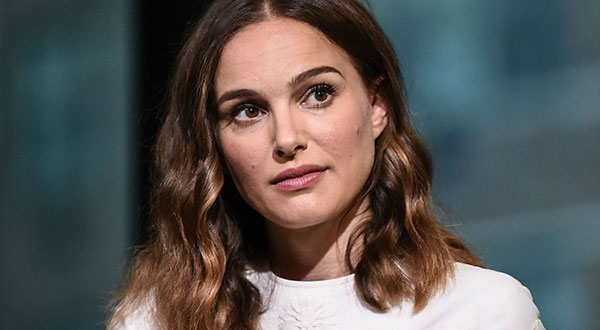 “I did not want to appear as endorsing Benjamin Netanyahu, who was to be giving a speech at the ceremony,” she said.

Somehow when she accepted the prize in December she didn’t notice that Netanyahu is always the main speaker at the Genesis Prize ceremony.

While her attempt at damage control might mollify her liberal Zionist friends who were fearful at how BDS was now openly welcoming her as one of them, Portman’s antipathy towards Netanyahu is misplaced. Because, while he definitely has faults and has made some major mistakes, Netanyahu has been one of Israel’s best prime ministers by any measure.

Bibi has managed to balance his short term political interests in remaining in power with a long-term strategy for Israel that has been astonishingly successful. His economic policies are in no small part responsible for Israel’s status as the “Start-Up Nation.” He has pivoted Israel from political dependence on the US to creating and strengthening Israel’s ties with Russia, China, many African countries and especially India, which has turned from an enemy into a friend.

From a peace perspective, his emphasis of strategy over tactics has completely changed the politics of the Middle East, as Israel is now a de facto ally of Saudi Arabia and the Gulf states, in addition to never-better security and economic cooperation with Jordan and Egypt. This is not just amazing; it is miraculous. That’s the stuff that, in a sane world, would win a Nobel Peace Prize.

As far as I can tell, Portman has only specifically condemned Netanyahu once, calling him a “racist” when he said “Arab voters are heading to the polling stations in droves. Left-wing NGOs are bringing them in buses.”

But that quote was taken out of context and misunderstood, and Bibi clarified his statements quickly. His record in serving Arab communities in Israel is almost certainly better than any other prime minister, both before and after the comments (which apologized for, twice.) Also under his tenure Israel has shown itself to be more liberal in its stance towards Muslims than most European countries are. The number of Arabs working in Israel’s civil service and volunteering for the army has increased dramatically under Netanyahu.

Portman seems to have missed all of this.

And if Portman is oh-so-offended by Bibi’s comments in 2015, then I am anxiously awaiting her severe condemnation of Haaretz editor Amos Schocken’s tweet last week to a Sephardic Jewish woman saying “My family led the Zionist movement when you were still swinging from trees.”

Portman and her liberal Zionist friends were quite silent about that episode.

It doesn’t end there. Even on the Palestinian peace front, Bibi has shown himself to be far more willing to compromise for peace than the other side.

To be sure, Bibi’s flip-flop on African immigrants this year was bad for many reasons. He has made other mistakes and gaffes. However, a clear-eyed view of Netanyahu’s policies show that he has helped make Israel into a more secure nation while tremendously helping its economy, its international standing and its minority citizens. All while keeping his right-wing coalition intact.

The anti-Bibi media ignores most of these accomplishments, but Portman has no excuse. If she is going to wade into political statements and gestures, it is her responsibility to actually do the research and not to mindlessly parrot the lies.

Bibi has done more for Israel than any other politician could have done.

Portman has done more to damage Israel’s reputation than any other celebrity has done, and even her clarification accused Israel of unspecified “atrocities.”

If she has any morals whatsoever, she should apologize abjectly for her ignorant statements.