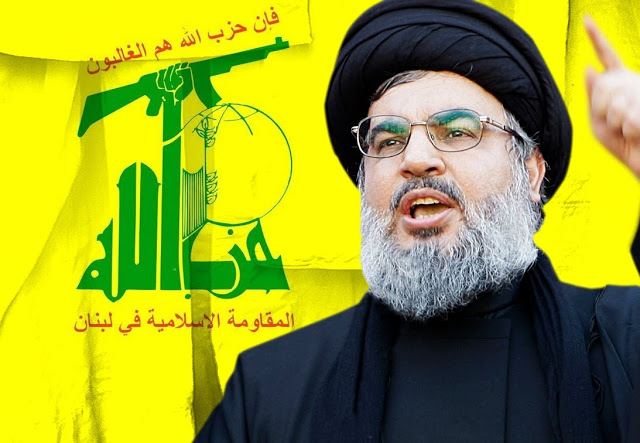 Israel’s critics never tire of pointing out that Israel supposedly violates UN resolutions, resolutions that were drafted and passed by Israel’s sworn enemies.

But somehow, when Hezbollah’s leader literally brags in public about the extent of how much he is flouting a UN Security Council resolution, those defenders of the UN seem to disappear mighty quickly.

The Secretary-General of the Lebanese Hezbollah, Sayyed Hassan Nasrallah, said that the Islamic resistance today has the ability and strength and missiles that can hit any target in Israel.

But UNSC 1701 does not allow Hezbollah to even exist in southern Lebanon. It says that no one can bring in any weapons besides the Lebanese Army.


“The resistance in Lebanon proved the deterrence with the Israeli enemy, which is the result of accumulations of sacrifices and we can not give them up, They are our existence and our dignity,” Nasrallah said on Saturday evening.

He stressed that “Hezbollah will not leave the resistance and will not give up it is not for sale or exchange, it means our existence and our pride.“

Oh, there must be a UN loophole that says that any resolution can be overridden by Arab or Muslim assertion of dignity and pride.  If dismantling Hezbollah hurts Hezbollah’s feelings, then of course we must respect that.

As far as I can tell, Muslim and Arab pride are the top priority at the UN and soon in all of Europe as well. Pointing out 1701’s existence is not polite.