It would be kind of a shock to see someone kneeling on a tallis, butt in the air, crying “Allahu Akbar,” anywhere at all. It would, however, be a special kind of shock indeed to see this take place in Israel. And yet, that is just what happened in Israel’s Ben Gurion Airport synagogue. In fact, not only did it happen, but it happened on the eve of a Jewish holiday, Simchat Torah!

A group of Turkish tourists passing through decided to duck in and use the synagogue at Israel’s Ben Gurion Airport as a mosque. Not having a prayer rug handy, they grabbed a Tallit (also called Tallis) and spread it on the floor to use as a prayer rug. Watch it here:

It’s not cool to desecrate a religious symbol in your host country. And it would be pretty difficult for these tourists not to notice that um, they were in a synagogue, being that it was decorated with all sorts of Jewish symbols and Hebrew books, Torahs, and signs. Not to mention location, location, location. Which in this case was Israel the, you know, Jewish State?

Nope. No chance this could have been a mosque.

But bravo to the Times of Israel for characterizing this desecration of a Jewish house of worship and sacred item as a “mistake” (could have been worse, they could have called it “resourceful”).

Now, I wonder what would happen if I draped a prayer shawl around my neck and said the Shema at the Kaaba? 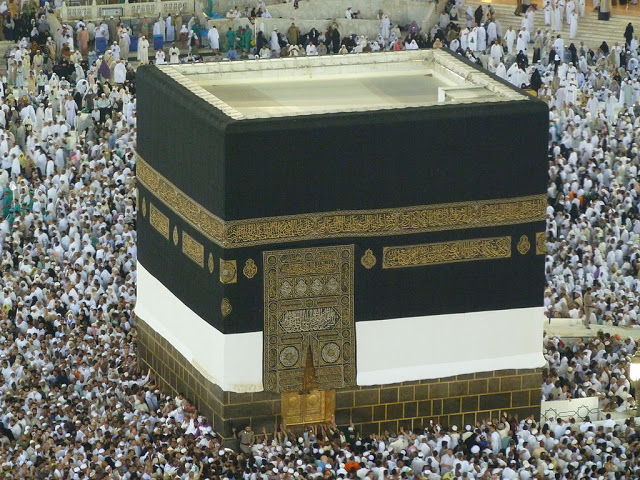