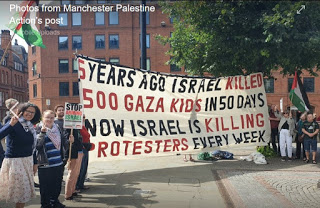 On 16 August this year people in the great UK city of Manchester turned out to commemorate the 200th anniversary of the city’s tragic “Peterloo Massacre”, when a two-year old boy and at least seventeen other people (male and female) lost their lives, and around 600 others were injured.  These victims of the charging militia were among a vast crowd of peaceful demonstrators gathered in St Peter’s Field to demand repeal of the Corn Laws and the extension of the suffrage.

The incident is well-known to people who take an interest in history.  But this year, as this report from the BBC shows, more and more people swelled the ranks of those who gathered to commemorate the event, including, I suspect, a number of fairly fresh members of the Labour Party.

That the story  of Peterloo tugs at the heartstrings is not surprising.

So, of course, does the story of the “Tolpuddle Martyrs”, six agricultural from a village Dorset, who in 1834 were transported to Australia, having organised themselves into a proto-trade union. 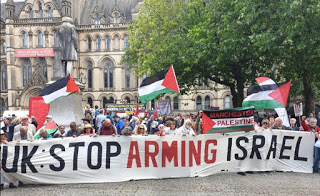 But among those exploiting the Peterloo event for their own ends were the ratbags pictured.

And the annual Tolpuddle Martyrs’ Festival, which occurs each July?

Well, the Unite union, which is one of the UK trades unions that is anti-Israel, calling it “an apartheid state” and calling for sanctions, is well-involved with that event.

Here’s a familiar demagogue at this year’s Tolpuddle event:

We can, no doubt, expect more of this hijackery in the years ahead.  Don’t be surprised if the 1692 massacre at Glencoe is next!