The Israeli intelligence agency, Mossad, has recovered a watch belonging to the famous spy Eli Cohen. Born in Egypt, Eli Cohen was one of Israel’s most audacious spies. He was caught and executed in 1965 in Syria but his body has never been found. The Sydney Morning Herald carries this story by Ronen Bergman:

Tel Aviv: The news came in a brief announcement from the Israeli Prime Minister’s office: A watch belonging to a legendary Israeli spy had been recovered in a secret operation and brought back to Israel.
The watch belonged to Eli Cohen, whose spying in Syria is credited with helping Israel to a quick victory in the 1967 war, long after he had been caught and executed by the Syrian government. 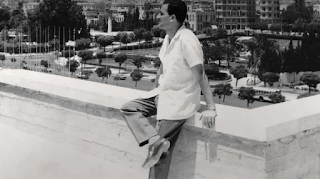 Prime Minister Benjamin Netanyahu praised the “determined and courageous action” of the Israeli spy agency Mossad, for returning “a memory from a heroic fighter who contributed greatly to the security of the state.”

But the Thursday announcement was tantalisingly short on specifics, setting off a buzz across Israel. Cohen was a national hero, with streets and buildings named after him and ceremonies honouring his memory every year. But had Mossad, as Netanyahu implied, carried out a secret operation to recover a wristwatch?
In part, yes. 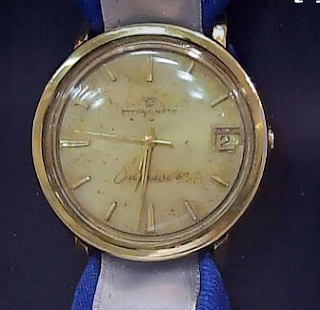 The operation, according to an Israeli official with knowledge of it, was part of a broader 14-year hunt by Mossad to find Cohen’s body, which 53 years after his execution in Damascus had never been located. The main goal was to recover the body and return it for a hero’s burial in Israel. But part of the operation was to recover any personal items belonging to the spy.

The spy agency has invested huge sums and resources in the larger quest, including endangering human life and paying bribes to agents and crooks, Israeli intelligence officials said. Still, the body has not been found.

But during the search, the official said, Mossad agents located a man who had the watch and began an operation to obtain it.
Read article in full