King Mohammed VI of Morocco on Wednesday ordered that the Holocaust be included in the school textbooks of Maghreb high schools, the Moroccan news website Le Desk reported. 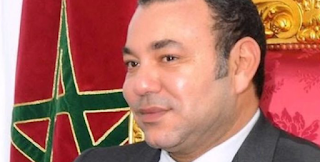 The report, widely circulated on social networks, indicated that during his visit to the United Nations General Assembly, the king sent an order to the Moroccan Minister of Education to introduce studies on the Holocaust to the curriculum.

“The history we teach our children must contain a range of pluralistic opinions and stories. It must present the greatest moments of humanity as well as its darkest moments,” the king stated, according to the report.

“Education has the power to fight against discrimination and racism and against the ugly phenomenon of anti-Semitism,” the king added.

All about the Aladdin project