The Washington Post has a story about a young American reporter in Jerusalem who witnessed Israel’s capture of the Temple Mount.

The photos accompanying the article are striking.

The first one shows, as we have noted many times, the weeds sprouting through the plaza in front of the Dome of the Rock that shows how neglected the “Haram al-Sharif” was when Muslims had exclusive control. 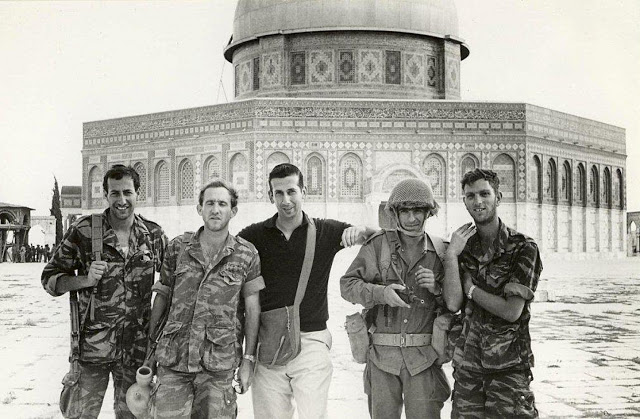 The other one compares what a section of the Temple Mount looked like when Israeli soldiers used it to hold some Jordanian soldiers, and compares it to what it looks like today: 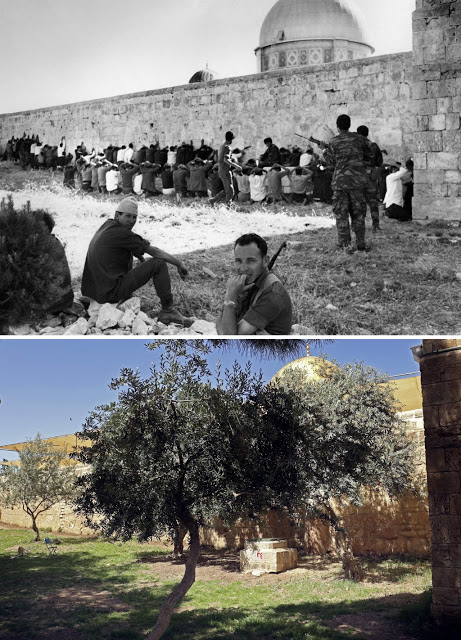 At the time, under Muslim rule, is was a bare area. Today, it is filled with grass and trees.
The Washington Post cannot resist some revisionist history in the caption of these two photos:

“Palestinian prisoners of war?” Did they have an army we are not aware of?
And I wonder: What is the fourth holiest site in Islam, and is it overgrown with weeds as well?
I’ve seen at least three answers to that question: the Ummayad Mosque in Damascus , the Eyup Sultan Mosque in Istanbul and the Great Mosque of Kairouan, Tunisia, all of which are/were kept in pristine condition (the Damascus mosque was destroyed in 2013.
Funny how the “third holiest site” was kept in such terrible condition when the fourth, fifth and sixth had been lovingly taken care of.
(h/t Irene)