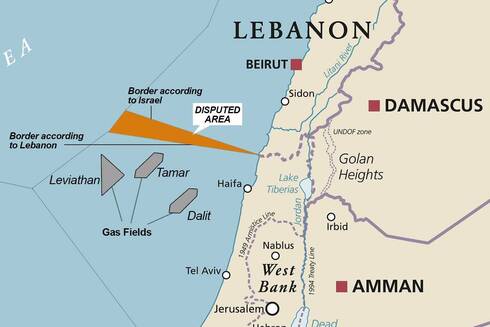 Arab media is reporting that a tentative agreement has been reached in the maritime border dispute between Israel and Lebanon.
This rumor has come from a single Lebanese newspaper, Al Anbaa. There hasn’t been any confirmation as of this writing.
While the agreement still seems to require approval from Hezbollah and Hezbollah won’t agree without Iran, any agreement between Israel and Lebanon would be a very big deal.
The US negotiator between Israel and Lebanon is Amos Hochstein, a close aide to President Biden and an expert on energy. A senior Israeli official told Axios last week, “Hochstein told us he is not going to present a proposal that both sides like, but the opposite — that both won’t like. But if three to four months from now he sees the parties are not willing to take the deal, he would drop the whole thing and won’t deal with this anymore.”
Lebanon needs access to gas fields desperately as its economy is in crisis.
If this story about a tentative agreement is true, that means that the most successful American negotiators in making agreements between Israel and Arab nations have all been modern Orthodox Jews – and Zionists.
Jared Kushner and Avi Berkowitz helped broker the agreements between Israel and the UAE, Bahrain, Sudan and Morocco. They also helped solve the crisis between Saudi Arabia and Qatar in late 2020, meaning that the pair (along with Jason Greenblatt) are the most successful Middle East negotiators in history.
Hochstein was born in Israel, served in the IDF and – like Kushner and Berkowitz- identifies as a modern Orthodox Jew.
Traditional diplomats would no doubt never consider the possibility that an Arab nation would accept a religious Jewish Zionist as an honest broker between Israel and the Arab world. However, religious Jews have a language in common with religious Muslims, as both religions share a mentality that is very different from Christianity in the sense that they both are based heavily on law rather than faith.
Perhaps Arab Muslims respect that these Jews are people who have faith and conviction and can speak and understand their language, making them better interlocutors than the last 150 years of mostly Christian Arabists at the State Department.