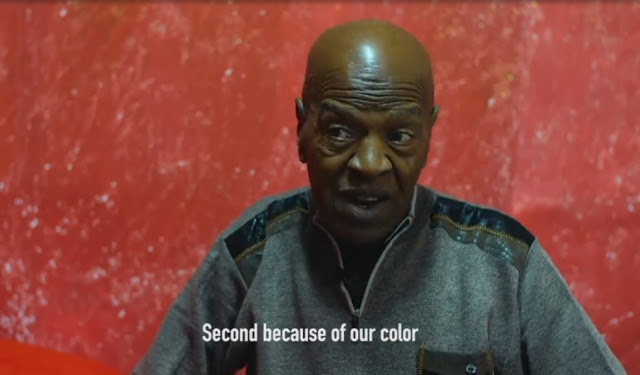 Marc Lamont Hill, who was recently fired from CNN for his rabid hate of Israel, is releasing a documentary about supposed Israeli racism.

The trailer starts off with an interview with a self-described “Afro-Palestinian” who says that Israeli Jews oppress his people not only for being Palestinian but for being black.

The narrator for that section of the video is a terrorist.

His name is Ali Jiddah and his father came from Chad. But he considers himself a “Palestinian.”

In 2014, he was interviewed by the Times of Israel, in the exact same spot at this video: 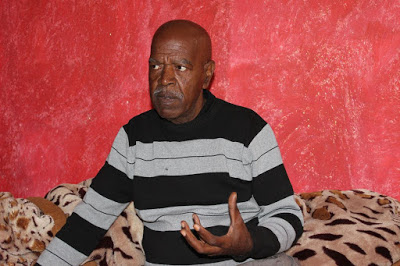 Ali Jiddah planted four hand grenades on Strauss Street in downtown Jerusalem in 1968. The blasts injured nine Israelis and Jiddah spent 17 years in Israeli prison. His cousin Mahmoud also served 17 years for a similar attack; the two were released in 1985 in a prisoner swap. Fatima Barnawi, daughter of a Nigerian father and Palestinian mother, has the dubious distinction of being the first female Palestinian arrested on terrorism charges. As a member of Fatah, she planted a bomb in the Zion Theater in downtown Jerusalem in October 1967. Although it didn’t explode, she was sentenced to 30 years in prison, of which she served 10 before being exiled.

After his release from prison in 1985, Jiddah worked first as a journalist, then started giving alternative tours of Jerusalem’s Old City, showing the Palestinian perspective of life under Israeli rule.

Tailor made for Marc Lamont Hill.

JTA described the bombing attacks in Jerusalem in 1968 this way:

Sunday night’s grenade explosions were described by observers as the most serious terrorist acts on Israeli soil since the June, 1967 Six-Day War and were obviously the work of organized professionals. The grenades, each with a Chinese-made chemical timing device, were planted in central parts of West Jerusalem, concealed in trash bins and in wastepaper cans attached to lamp posts. Five of them exploded between 9 p.m. and 10:30 p.m. local time but nine of the 10 injured persons were struck by fragments from a single grenade that detonated in a trash bin on Strauss Street, near the Bikur Holim Hospital, about 100 yards from the city’s main business crossroads.

There was an entire documentary made about Jiddah last year, that you can see here.

Some of what he says is word for word identical with the excerpts in Hill’s forthcoming documentary. And they are lies.

Jiddah claims that he was jailed as a “political prisoner” for “political activities.”

To prove how racist Israel supposedly is, he mentions that Israel in the 1980s (actually, 1990s) would not accept blood from Ethiopian Jews because their blood was “dirty” and Shimon Peres defended that decision. (In reality, because the incidences of HIV among the immigrants at the time were considered unacceptably high at about 1%, and the Israeli officials accepted and quietly discarded the blood so as not to embarrass them. When the news came out the Ethiopians rioted. Peres opened up an inquiry into the circumstances of the decision. The US didn’t accept blood donations from Haitians and sub-Saharan Africans – including Ethiopians – starting in 1990 for the same reasons.)

Jiddah also claims that there is no anti-black racism among Palestinians. This is quite a lie. Blacks experience racism among the Palestinian and the larger Arab worlds. In fact, Marc Lamont Hill himself experienced it in Egypt.

Jiddah doesn’t mention that he was a member of the PFLP terror group. He might still be – in 2008, when asked if he was still active in the group, he answered, “Well if I admitted to it, it would mean I would have to go back to jail again… But I will tell you… I’m addicted to politics and especially to the policy of the PFLP.” (He also said about President Obama: “for me, he is not black, he is a coconut, black on the outside, totally rotten, corrupted, white on the inside.”)

In the TOI interview, he admitted that he planted the bombs:


“Due to the responses from my clients I am satisfied, and I am convinced that the work I am doing today is more effective than the bomb I planted in 1968,” he said.

In other words, he decided that it is easier to destroy Israel by pushing lies to tourists and reporters who don’t even bother to check out the truth – or, in Marc Lamont Hill’s case,  journalists who actively try to hide the truth.