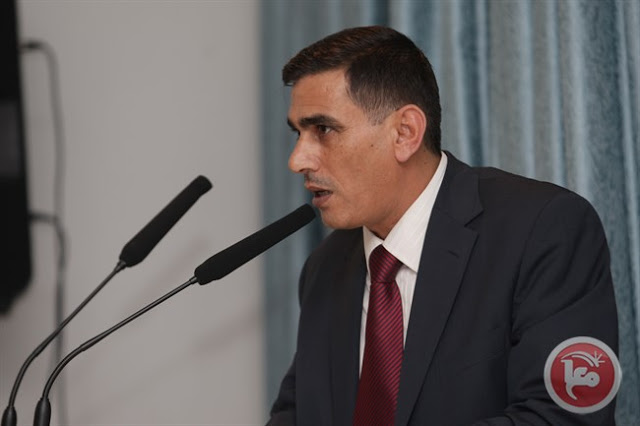 The editor of Ma’an, Dr. Nasser al Laham, considered a moderate, independent publication, has gone completely off the rails in his editorial about Israel’s 70th birthday.

Just the first paragraph could keep psychiatrists busy for months:

Thousands of statements made by the leaders of the Zionist movements these days can be summed up in one sentence: “Israel will not collapse and the Jews will not flee to Europe again).” In fact, this denial confirms to the world that Israel is still liable to collapse and that its Jews will flee to their hometowns in Europe again eventually.

Al-Laham is exposing his own wishful thinking, that the Jews will for some reason flee to Europe. (One wonders what will happen to all the Sephardic Jews, American Jews and Ethiopian Jews.)
The rest of the column is even more unhinged and reveals even more about where al-Laham’s mind is:

In the speeches and statements of the leaders of the Zionist parties, they came to enumerate the “achievements” of Israel and their superiority over the Arab countries; as Israel depends on marketing  methods to talk about its goods. Those who see the picture from afar do not see in the celebrations of the occupation the 70th anniversary as a celebration of independence. It looks like marketing a condom, a new washing detergent, or a Viagra pill.

Why exactly do two of his examples of Israel’s marketing have to do with penises? Calling Dr. Freud!
The editor then goes on to list some insane lies that he says Israel has accomplished over 70 years, like killing hundreds of thousands of people, displacing millions of refugees, the destruction of entire countries, and causing losses of $70 trillion.
Yes, $70 trillion.
In his list of Zionist crimes, he includes this beauty:

– The destruction of the Palestinian society through a geopolitical division, which made it turn from being one of the most important Arab countries in terms of progress, science and civilization to a people of refugees.

Yes, the fictional nation of Palestine was one of the most important Arab nations, contributing so much to culture and science and civilization, until Israel destroyed it.

Perhaps the world should outlaw whatever medication he is taking.