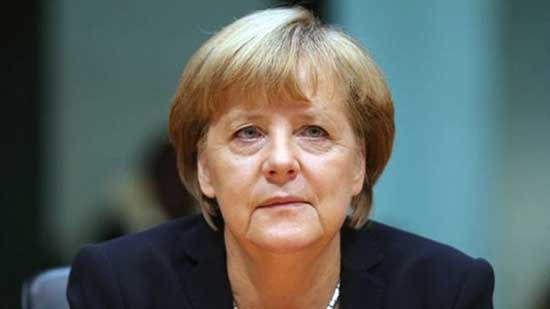 
German Chancellor Angela Merkel has denounced a “different type of anti-Semitism” that has taken root in her country.

She also vowed to do everything possible to ensure the safety of Jews in Germany.

“We have refugees now, for example, or people of Arab origin, who bring a different type of anti-Semitism into the country,” Merkel said in an interview with Israel’s Channel 10. “But unfortunately, anti-Semitism existed before this.”

One of the victims, a 21-year-old Israeli, was hit with a belt, police say. A video of the incident was posted on Facebook showed the attacker repeatedly shouting “Yahudi,” the Arabic word for “Jew.”

A suspect turned himself in to police on Friday. A spokesperson for Berlin Police told NBC News that he is a 19-year-old Syrian refugee.

(The victim of the beating turns out to have been an Israeli Arab, wanting to find out if Jews really are in danger walking around the streets of German cities.)

Arabic media reported this story pretty straight. But the headline in several newspapers was bizarre. “Merkel flirts with German Jews at the expense of Arabs “

The headline, copied from site to site, reveals a lot. It shows that mainstream Arabs will be on the side of the Arab attackers of Jews rather than the victims. It shows that Arabs still have the zero-sum mentality that says that if something is good for the Jews, then it must be bad for them. And the corollary to that is that Arab do not distinguish between Jews and Israelis. It also seems to indicate the idea that a politician would only pretend to be against antisemitism in order to pander to Jews.

You can learn a lot from a headline…