Fatah has condemned Israel’s blowing up a terror tunnel that reached into Israel from Gaza, killing at least 7 Islamic Jihad and Hamas terrorists.

RAMALLAH, 10-30-2017 (WAFA) – The Palestinian National Liberation Movement (Fatah) condemned the Israeli crime that targeted our people in the Gaza Strip, killing 7 civilians and injuring 14 others.

Fatah said in a statement issued Monday evening that their blood would not be wasted and that the perpetrators would not escape justice.

It wasn’t a crime. The tunnel was targeted, not people. Israel didn’t attack Gaza, the explosion was on Israeli territory. And Hamas/Islamic Jihad admit freely that the dead were “militants.”


Some apparently died from inhaling poisonous gas reportedly fired by the Israeli air force at the tunnel.

The Fatah terrorist wing, the Al Aqsa Martyrs Brigades, celebrated the  “martyrdom” of the terrorists and said: 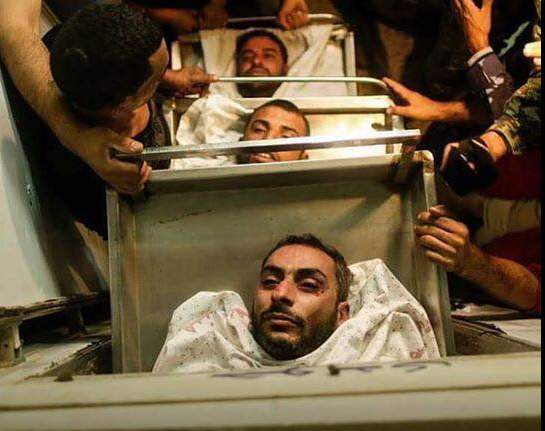 Mahmoud Abbas’ party, and his government’s official news agency, supports terrorism and  lies as easily as they  speak.

These are the moderates that Israel is supposed to make peace with.