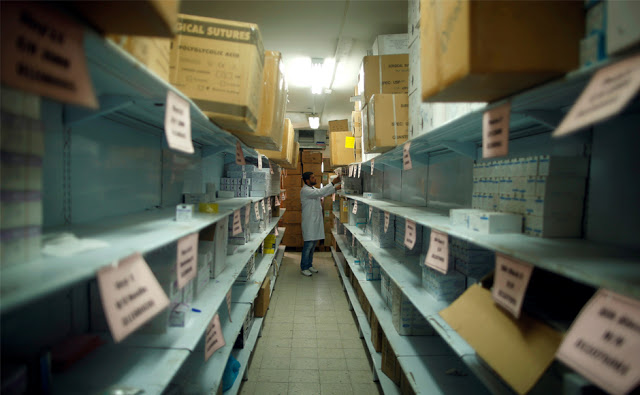 The situation at Gaza hospitals is getting more and more desperate, while the world ignores what “moderate” Mahmoud Abbas is doing to his own people.

It has now been four months since the Palestinian Authority decided to withhold medicines and medical equipment from Gaza hospitals.

According to the Gaza ministry of health, some 516 medicines are completely unavailable in Gaza hospitals, representing 40% of the medicines that are normally used. Additionally, some 291 medical supplies (out of 853 total) are unavailable.

Patients in Gaza hospitals who need painkillers and similar medicines are told to go to private pharmacies and pay for them themselves.

Every day, Gaza hospitals run out of more medicines and medical supplies.

Yet Doctors Without Borders, which has blamed Israel for Gaza medicine shortages in the past, is silent.

The World Health Organization issued a statement last month about how the medicine and electricity shortage is affecting Gaza hospitals, but the only party it blamed was Israel. This is even though the Palestinian Authority has publicly bragged about reducing electricity to Gaza!

A couple of reporters mentioned the medicine crisis a month or two ago, and then promptly dropped the story.

Other “Palestine activists” are also suddenly silent about this human rights violation by the “moderate man of peace” Mahmoud Abbas, who has promised to further cut off supplies to Gaza.

The hypocrisy is stunning, but normal and expected.