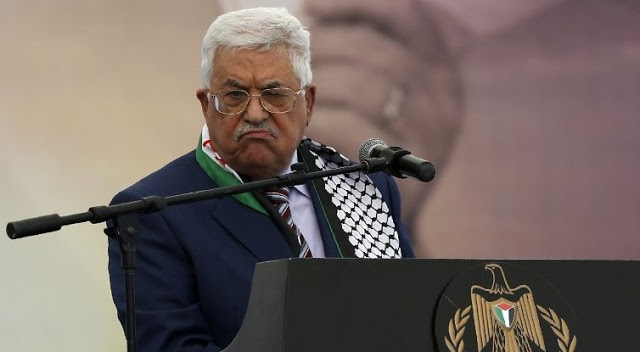 On multiple occasions, Mahmoud Abbas has warned the world that Israel is turning the conflict into a religious conflict.

This is what Abbas said at the end of the Fatah conference Sunday:


When you return to your cities and villages and camps and fields tomorrow or the day after tomorrow remember every moment that what you have accomplished during this conference is the smaller Jihad; and the task before us now is to go onto greater jihad.

It is Abbas who chooses to frame the conflict in religious terms, not Israel.

And while he didn’t call explicitly for a violent jihad, his closing remarks made it clear that violence will be condoned, as he praised the terrorists of the past and the present:

Congratulations to all of us have gathered here from all generations and all actors in the march of the Palestinian national struggle: pioneer guerrilla heroes from the beginning, and the brave revolution fighters in defense of Palestine…and the brave resistance fighters against the occupation in the occupied territory, and the courageous fighters for the intifada in Jerusalem and the West Bank and Gaza Strip, and the epic steadfastness  of our hero prisoners in Israeli jails.

Abbas praises violence and calls for jihad. This is not the Mahmoud Abbas that the Western media will ever mention.