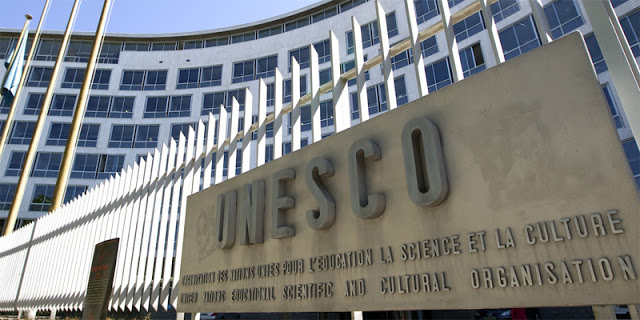 As UNESCO has descended into anti-Israel madness, its head, Irina Bokova, has been trying to keep it from sinking altogether.

When UNESCO passed a resolution that implicitly denied a connection between Judaism and Jerusalem, Bokova issued a statement denouncing it:

The heritage of Jerusalem is indivisible, and each of its communities has a right to the explicit recognition of their history and relationship with the city. To deny, conceal or erase any of the Jewish, Christian or Muslim traditions undermines the integrity of the site, and runs counter to the reasons that justified its inscription on the UNESCO World Heritage list.
…We have a collective responsibility to strengthen this cultural and religious coexistence, by the power of acts and also by the power of words. This requirement is stronger than ever, to bridge the divisions that harm the multi-faith character of the Old City.
When these divisions carry over into UNESCO, an Organization dedicated to dialogue and peace, they prevent us from carrying out our mission. UNESCO’s responsibility is to foster this spirit of tolerance and respect for history, and this is my absolute daily determination as Director-General, with all Member States.

In 2015, Bokova “deplored” an attempt by Muslim states to declare the Western Wall to be part of Al Aqsa Mosque.

While she capitulated to Arab pressure to postpone a UNESCO exhibit on the ties between Israel and the Jewish people, she strongly supported the newer exhibit, according to organizers.

Bokova is stepping down this year after two terms – and four Arabs are on the shortlist of nine people to replace her.

The Arab countries say that an Arab has never had that position and it is time.

Azoulay has a Moroccan Jewish background. Her father was an adviser to Morocco’s King Mohammed VI.