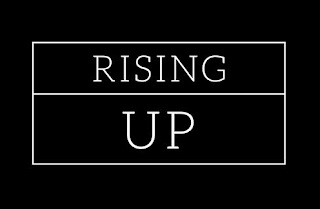 In a recent Facebook post linking to a petition in support of Ilhan Omar (D-MN), Linda Sarsour asserted the age-old anti-Semitic trope that American Jews remain loyal to Israel over the US (what she called “democratic values,”) as well as asserting that these Jews “masquerade as progressives.”  For Sarsour, her venture into explicitly antisemitic territory only reaffirms her antisemitic demagoguery. In past actions, Sarsour has espoused the Muslim Brotherhood and the Nation of Islam, both radical and virulently antisemitic organizations, in the process legitimizing the values of these two organizations and conflating them with those of her own secular organization, the Women’s March.

Her recent comments are a continuation of a troubling trend of figureheads of the left wing espousing antisemitism. Sarsour is far from the only figure against Jewish influence in America. She is joined by newly-elected congresswomen Ilhan Omar and Rashida Tlaib (D-MI) as well as newly-elected Attorney General of Minnesota and purported 2020 presidential candidate Keith Ellison. Previously, Omar has advanced the antisemitic conspiracy that Israelis hold the world in the palm of their hand by way of ‘hypnosis.’ Tlaib has forcefully denied the legitimacy of a Jewish state, while Ellison has strong ties to the Nation of Islam and Louis Farrakhan, who last month compared Jews to “termites” and referred to Jews as “anti-black.”

The growing ties of high-ranking Democrats and leftist figures to antisemitic beliefs has largely contributed to antisemitism becoming more mainstream and relatively commonplace. So why haven’t people wised up to the overt acts of bigotry committed against Jews by prominent political figures? The answer is largely the result of selective enforcement of values and groupthink of progressives.

The Women’s March is meant to achieve a noble goal: reinforcing the rights of women during a time in which women statistically are given fewer societal opportunities to succeed than men. The gender wage gap, fewer job opportunities afforded to women, and domestic violence are all real phenomena which can and should be fought by activists like Sarsour. But rather than commit to the issues pressing women today, Sarsour interjects her bigoted views against Israel and Jews into the work of her organization. Sarsour at one point stated that there was no room for Zionists in the feminist movement, a discriminatory statement which subversively seeks to alienate Jews from the progressive ideals of her movement. Just as well, Sarsour’s open association and fandom of Louis Farrakhan, much like that of cofounder of the Women’s March, Tamika Mallory, cements antisemitic sentiment at the crux of the organization and mainstream progressive values.

It’s a twisted logic that has guided Sarsour: as she strives for equality for all, she belittles and discounts Jews from her narrative of tolerance, in the process contradicting the values for which she allegedly stands. Jews are effectively at the bottom of the food chain of minority groups, indeed viewed more as the oppressors than the oppressed, making it socially acceptable to berate and demean the Jewish people(often under the name “Zionists.”)

The receptiveness of the left-wing to Sarsour’s peddling of antisemitic ideology has lead to such demagoguery becoming increasingly popular among Democrats. Sarsour is an embodiment of progressive ideals: child of immigrants, self-described person of color, Muslim, woman, and she is only really controversial among certain Jewish and conservative circles–arguably making her more popular among Democrats. Progressives believe her and trust her for this reason, leading to somewhat of a groupthink effect with regards to Sarsour’s vile rhetoric on Jews and Zionists, and resulting in a common understanding among Democrats that pro-Israel Jews do not and cannot mesh with progressive values.

Sarsour’s conniving tactic to alienate Jews from progressives, has, unfortunately, succeeded to a large extent. In New York City, a place intrinsically tied with progressive values, over 50% of hate crimes were perpetrated against Jews this past year, with a rapid increase in antisemitic attacks in the run-up to the midterm elections as voter enthusiasm peaked. Nationally, similar statistics hold true, with Jews prevailing as the most persecuted religious group in major liberal cities like Los Angeles, Chicago, Philadelphia, and San Diego,  despite Jews comprising a tiny part of the population.