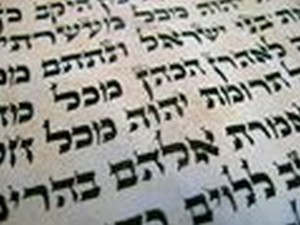 Cairo, November 28 – A prominent Muslim preacher sounded an alarm this week that Jews are attempting to make their foundational documents, beliefs, and practices seem Jewish, a development that continues what he called an ongoing Jewish effort to appropriate ideas, places, and resources.

Sheikh Mahuj Dambut of the Jasqil Demal Mosque in the Egyptian capital downtown area warned during a sermon broadcast on national radio Tuesday that Jews have not been content to restrict their nefarious activities to the reestablishment of Jewish sovereignty in the ancient Jewish homeland despite Muslim objections – they have also spent thousands of years trying to make everyone think the ancient set of books recording Jewish history, prophecy, and wisdom, as well as the practices that flow from them, are somehow Jewish.
“These parasite usurpers will stop at nothing,” he declared. “If they succeed in the evil project of convincing the world the Jewish Scriptures are Jewish, what will follow? We cannot allow this travesty of truth to continue. All Muslims must fight those who associate Jews with so-called Jewish heritage; who make the spurious connection between the culture of the Hebrew Bible and the culture of those who follow its teachings; and who have demonstrated time and time again that they care nothing for the sensibilities of the vast majority of humanity who would rather see them under someone else’s boot, and defined by the wearers of the boot.”
Sheikh Dambut admonished his listeners and followers not to fall prey to Jewish ruses. “The Jews would have you believe their faith is Jewish,” he proclaimed. “But they lie. Do not fall for the trickery that is Jewish adherence to Judaism. It is all just a sordid attempt to create artificial legitimacy for themselves, as if they have some sort of tradition that goes back thousands of years, to a place called Judah. I tell you, Allah hates the Jews, because they try to assert they are Jews. We will not accept such perfidy.”
Some listeners believe the sheikh did not go far enough. “It’s not just Judaism the Jews are trying to make Jewish,” insisted a man listening to the broadcast in a barber shop, who gave his name as Muhammad. “There are famous people, both living and dead, that Jews are trying to make everyone think are, or were, Jewish. Albert Einstein. The Marx Brothers. Senator Joseph Lieberman. King David. Hillel the Elder. Maimonides. Spinoza. Moses Mendelssohn. It’s cultural appropriation of the highest order, and we have to do something about it.”