According to The Librarians, a letter written by the wives of prominentJews accused of the Damascus Affair has been discovered. In it the wives thanked Judith Lady Montefiore, who accompanied Sir Moses Montefiore on his mission to intercede with the Ottoman sultan for the successful release from prison of their husbands. The wives themselves had suffered, and one, who became a witness for the prosecution,  converted to Islam.

The sources dealing with the affair describe in graphic detail the torments inflicted on the prisoners, but the wives were also interrogated and played an active role in the affair.  Oro (or Ora, as she is called in the interrogation protocols), wife of Moshe Abulafia—the scion of an illustrious rabbinical family who, as a result of the torture, admitted to the crimes he was accused of, converted to Islam and became a witness for the prosecution—was herself beaten during her husband’s interrogation and forced to watch the awful tortures he was subjected to.

The letter, written in Hebrew, was addressed to Judy, Lady Montefiore

The widow of Yosef Laniado, who died as a result of the torture, testified to demands for sexual bribery made by the French consul, a claim also reported by the daughter of David Harari, another of the men accused in the affair. They and other women who were forced to appear before various interrogation committees showed tremendous fortitude during their testimonies. 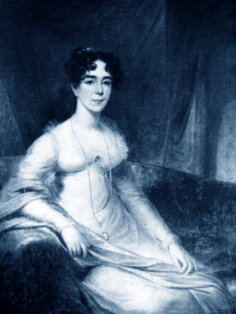 With the conclusion of the affair, the women wished to thank their saviors. The letter before us, written in Judeo-Arabic, was composed by the wives of those prisoners who remained alive after the granting of the pardon. The letter is addressed to Lady Judith Montefiore (pictured) , who accompanied her husband on his mission. After the customary praises spread over many lines, the women note that they will always remember “the light of our eyes, our crown, the great lords and ministers, His Excellency Senor De Roschel (Rothschild] and His Excellency Senor De Montefiore.”

“Today, this blessed Sunday, which falls on the eighth of Elul, the light has shone, from the honorable cause of our lord and crown, your cousin, His Excellency, the glorious Sir Moses Montefiore … the great news of their release from prison to their homes.”

More about the Damascus Affair of 1840