Since we have heard all about the “Jewish Voice for Peace” panel at the New School where celebrated haters of Israel spoke about how much they pretend to hate some kinds of antisemitism, let’s play a game.

Are these cartoons antisemitic or anti-Israel? 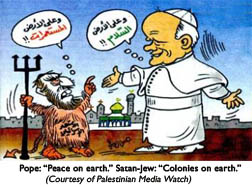 It’s against settlements, so it muse be anti-Zionist according to JVP, right? 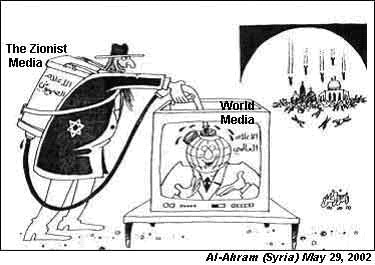 It’s showing a hareidi Jew representing the “Zionist media,” so clearly this one has nothing to do with antisemitism. 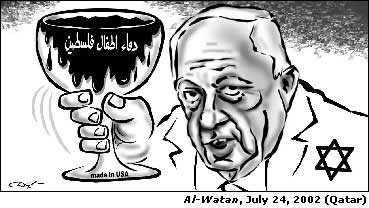 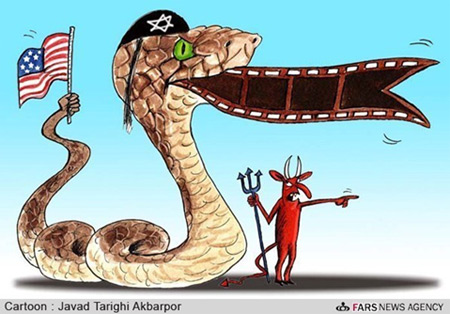 The snake wearing a kippah and sidelocks being led by the Devil himself obviously represents Israel. How could anyone interpret this differently? 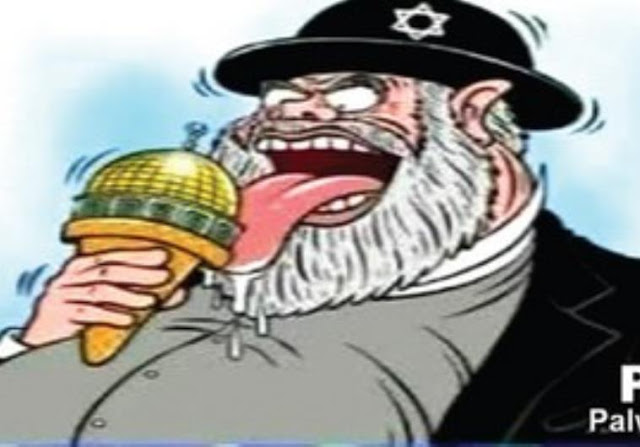 Obviously an “Israeli” eating the Dome of the Rock. 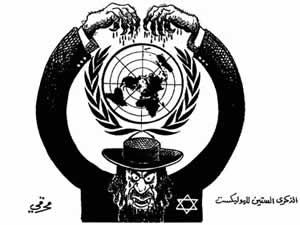 The caption says “The 60th anniversary of the Holocaust.”  Must be referring to the Nakba.

The panelists from JVP are thrilled with the small resurgence of media-fanned neo-Nazis in America because they can use them as bogeymen representing real antisemitism, that they are of course against.

But they would never, ever admit that Arabs are the biggest antisemites in the world today – and even most of these cartoons pretend to be only anti-Israel while trading in age-old anti-Jewish stereotypes.

There is not much difference between what these Arab cartoons represent and what the “Jewish Voice of Peace” represents.

JVP doesn’t want you to know about these (and the many, many other examples of Arab antisemitism in cartoons and literature and classrooms and media.) Because to them, only right-wing antisemitism is worth denouncing. Doing that serves their purpose of supporting the kind of antisemitism on this page.