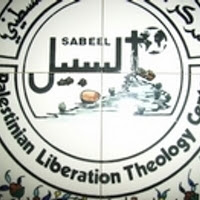 Sabeel is an organization that supports BDS, denies any Jewish national rights, and engages regularly in traditional Christian antisemitic themes:


– Sabeel claims that Palestinians represent a modern-day version of Jesus’ suffering, using “liberation theology,” supercessionist rhetoric and the concept of deicide to demonize Israel. Sabeel spokespeople, particularly founder Ateek, disparage Judaism as “tribal,” “primitive,” and “exclusionary,” while contrasting this to Christianity’s “universalism” and “inclusiveness.” Ateek has also used deicide imagery against Israel and referred to Jesus as a “Palestinian.”
– Ateek has declared that, “The establishment of Israel was a relapse to the most primitive concepts of an exclusive, tribal God.” (emphasis added.)
– In another example, Ateek took advantage to manipulate Lent by saying that, “As we approach Holy Week and Easter, the suffering of Jesus Christ at the hands of evil political and religious powers two thousand years ago, is lived out again in Palestine…In this season of Lent, it seems to many of us that Jesus is on the cross again with thousands of crucified Palestinians around him. It only takes people of insight to see the hundreds of thousands of crosses throughout the land, Palestinian men, women, and children being crucified. Palestine has become one huge Golgotha. The Israeli government crucifixion system is operating daily. Palestine has become the place of the skull…” (emphasis added.)
– Sabeel’s 2014 annual Christmas message compares the historical period in which Jesus lived to present time, claiming that, “There are certain similarities between the political conditions in Palestine during the times of Jesus’ birth and the political situation in Palestine today. There is a flagrant occupation that dominates and oppresses people; and there are words that describe what people go through: fear, insecurity, instability, suffering, grief, despair, and other negative feelings that a repressive empire and an Israeli rightwing government can produce.”

Sabeel Colorado is arranging its annual trip to Israel and the territories. And in these trips, they meet with Israeli “human rights” organizations who clearly have no qualms about meeting with people who engage in explicitly antisemitic rhetoric:

They also say that they will meet with a single unnamed Jewish settler, who might be the person who wrote this post for me a few years back explaining how “peace” groups demonize Israel in these trips.

Sabeel is worse than the normal anti-Israel tour hosts, because it is steeped in Christian antisemitic memes that are far worse than run of the mill anti-Zionism.  It is not a human rights organization – it is a hate group, and for B’Tselem and ICAHD and other NGOs to cooperate with them is no different from a moral perspective than their hosting a Ku Klux Klan tour of Israel.

It shows that these “human rights” groups simply don’t think that Jews have human rights.