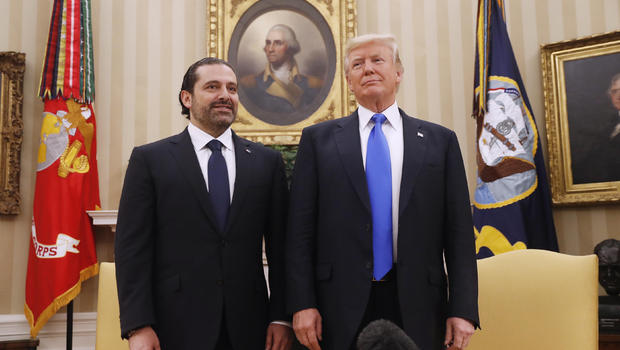 Last month, President Trump praised Lebanese prime minister Saad Hariri and Lebanon as a partner in the war on terror. Improbably, he claimed that Lebanon was also fighting against Hezbollah.

Now, Hariri has made his positions clear when he was visited by Iran’s Deputy Foreign Minister for Arab and African Affairs Hossein Jaberi Ansari in Beirut. 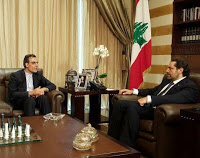 “Two dangers, namely the Zionist regime of Israel and terrorism, are threatening Lebanon and the region,” Hariri said in a Tuesday meeting with Iranian Deputy Foreign Minister for Arab and African Affairs Hossein Jaberi Ansari in Beirut.
He also conveyed his greetings to Iranian President Hassan Rouhani as well as First Vice-President Es’haq Jahangiri and Foreign Minister Mohammad Javad Zarif and expressed the hope that the two countries would further boost mutual ties.
Jaberi Ansari, for his part, echoed Hariri’s remarks concerning the two dangers (Israel and terrorism), and noted, “These two threats can serve as common ground for promotion of Iran-Lebanon ties as well as regional cooperation.”

Hariri’s positions are identical to Iran’s. There is really no substantive difference between the two countries any more – Lebanon is Western Iran, just with more of a nightlife.

It is actually surprising that with the Arab world turning its back on Qatar for its ties to Iran, we have not seen a similar action against Lebanon which has been effectively an Iranian satellite for years.