Sultan Al-Zubani, a self-described Kuwaiti media person who welcomes debate, put out  a series of tweets about Israel and Jews that raised eyebrows in that country which has a boycott against dealing with any Israeli.

He started the series by saying that Tel Aviv is an amazing, clean and tidy city.

He went on to say that he wanted to enter Israel, the land of the Prophets, but not with violence and bloodshed. 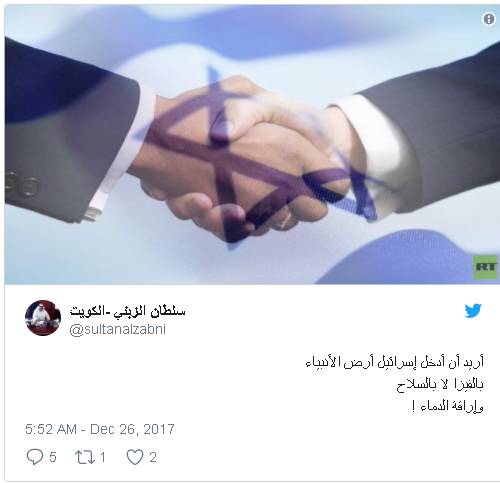 His next tweet says that it is not allowed to curse Israel since Israel is the name of one of Allah’s prophets.

He goes on to describe a vision of peace: “People from the Gulf lounging in the streets of Tel Aviv, shopping from their malls and sitting in their cafes sipping coffee and going to their restaurants, eating halal meals from Palestinian-owned restaurants and praying in Jerusalem in safety and security. # Israel”

And then “If others entered Jerusalem with weapons, we will enter it with a visa and peace, away from fighting and bloodshed and destruction. # Israel_Nabi_Allah. “

He sums it up with a stunning indictment of Arab hate: 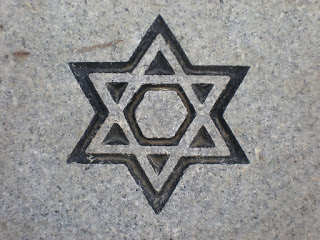 The reactions on Twitter as more muted than one might expect. But Al-Zubani doesn’t have a huge Twitter following, I don’t know how popular he is. I’ve only found one article about this tweetstorm, and its tone is more bemused than angry, pointing out that Kuwait has always been in the forefront of boycotting Israel and any company that deals with Israel, having recently rejected a major deal with French company Veolia since it does work for Israel.