I couldn’t find the original tweet in English that started this, but this photo has been boomeranging around Arabic social media: 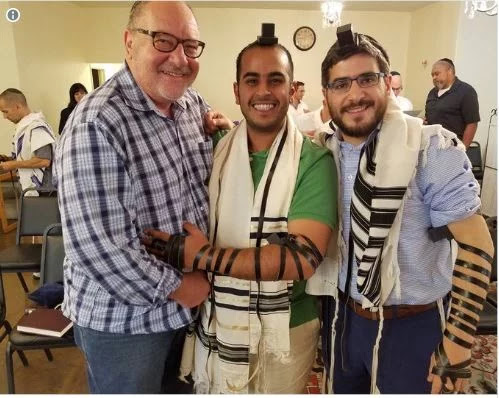 The Jewish rabbi announced on his Twitter page that Kuwaiti student Saeed bin Abdul Aziz, in the middle of the picture, a student at Temple University in Pennsylvania, converted to Judaism.

Media described his wearing tefillin as a “Talmudic ritual.”

Responses included assertions that Judaism doesn’t accept converts so this is a sham, that this is only Jewish propaganda, that Jews hate anyone who isn’t white, that Jews smell…lots of fun.